This morning, the market is reacting positively to a Russian media report that some troops are being returned to their bases from their positions on the Ukraine border. I have said a few times in various places that Putin’s KGB disinformation background and the obvious nature of the troop movements made me believe that an actual attack was unlikely. If he was really planning to invade, the logic goes, I doubt that we would have known so much about every move during the buildup. Could it be that the purpose here was to see how Western nations would respond to such a threat, with the added possible bonus of wringing out a few concessions when you agree to stand down from a “crisis” of your own making?

Of course, if you follow that logic, then these rumors of a retreat means then the chances of a conflict have risen, not fallen. However, that is a bit too cynical and convoluted, even for me, so I will take this at face value and assume that this particular cause for concern among traders and investors is fading. If you are looking for something to worry about, though, there was plenty of fodder elsewhere this morning.

The Producer Price Index (PPI) rose a full 1% in January, double what economists were forecasting. That is a huge differential, and it re-emphasizes that inflation is here for real and could even be said to be already out of control. If the Fed’s moves from here are really driven by the data as they say, this makes it far more likely that rate hikes will come quickly and often, and perhaps by more than the previously-anticipated 25 basis points.

The other piece of news this morning, the Empire State Manufacturing Index, was a disappointment in another way and with different implications, coming in at 3.1 versus an expected 12.5. That number is based on a survey of manufacturers conducted by the NY Fed and is an indicator of manufacturing activity, so the miss suggests economic weakness even as inflation persists. Usually, the one upside to inflation is that it is a product of strong growth, but the Empire State Index suggests that isn’t necessarily true this time around. That scenario and the prospect of rising prices with weak growth complicates the Fed’s decision, to say the least.

A real mixed bag of news then, but it seems that traders this morning are giving priority to the easing of tensions on the Russia/Ukraine border, as futures indicated a higher opening when I wrote this. That shows the power of short-term fear over long-term concerns when it comes to market reaction, but it also suggests that even quite drastic action by the Fed is now priced into stocks.

Despite that overall positivity, though, what the jumble of news and relatively muted market reactions say is that, like the rest of us, traders and investors are confused right now. The best strategy in a confused market is to trust quality. That often means boring picks with limited upside, but after such a big selloff in tech that affected even high-quality names, there are some high-quality companies whose stocks will show significant gains as things stabilize.

Among those, Microsoft (MSFT) stands out. It has been caught up in the selloff of tech and is around fifteen percent below its November high, despite not really fitting the stereotype of a high-multiple, growth only stock. Microsoft makes money, and a lot of it, but has still been growing at a decent clip for years. However, it is a stock that analysts and traders have consistently underestimated, as evidenced by the fact that the company has beaten expectations for EPS for twelve straight quarters now.

MSFT may not be a sexy pick, but it is the right kind of stock for a market like this, where there are so many things demanding attention and so many contradictory signals are being sent. It has a limited downside and just a return to the previous high would represent a 25% gain and right now, that is plenty good enough.

Fri Feb 18 , 2022
Accusations of cultural appropriation and biased officiating at the Beijing Winter Olympics are provoking indignation and stirring anti-China sentiment in South Korea. China’s image has taken a battering in South Korea since 2016 when Beijing imposed an unofficial economic blockade on the country after Seoul agreed to buy a US-made […] 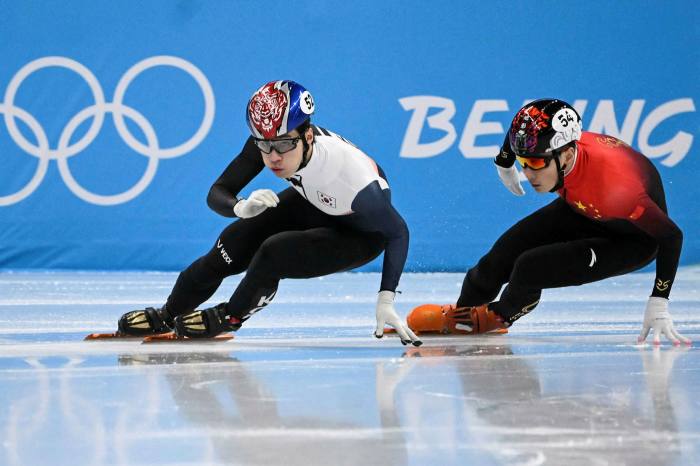