U.S. inflation accelerated last month and remained at its highest rate in over a decade, with price increases from pandemic-related labor and materials shortages rippling through the economy.

The Labor Department said last month’s consumer-price index, which measures what consumers pay for goods and services, rose by 5.4% from a year earlier, in unadjusted terms. That is the same rate as in June and July as the economy reopened, and slightly higher than in August. The so-called core price index, which excludes the often-volatile categories of food and energy, in September climbed 4% from a year earlier, the same rate as in August.

On a monthly basis, the CPI rose a seasonally adjusted 0.4% in September from August, also faster than in August, which rose 0.3%.

The stretch of higher inflation—which many economists now expect to linger—is weighing on policy decisions at the Federal Reserve and starting to have a broader impact on the overall cost of living, wages and social benefits programs. The Social Security Administration said on Wednesday that higher inflation would trigger a 5.9% increase for Social Security benefits that seniors and other Americans receive, the largest increase in nearly 40 years. It also will increase Social Security taxes for high-wage workers. Last week, the Labor Department said employers increased wages in September by 4.6% compared with a year ago, a pickup from previous months.

In minutes released on Wednesday, the Fed said officials last month worried that disrupted supply chains were raising the risks of more persistent inflation as they firmed up plans to conclude their bond-buying stimulus program by the middle of next year.

Unusually high demand is a crucial factor driving higher inflation. Spending jumped at an 11.9% pace in the second quarter as more people received Covid-19 vaccinations, businesses reopened and trillions of dollars in federal aid coursed through the economy. Consumer spending continued to surge in August.

The shortage of workers is also driving up wages, putting pressure on companies to raise prices. A sharp uptick in restaurant prices during the past few months is a sign of this pass-through from wages into higher prices, economists say.

Rising energy prices—driven by the global recovery in demand, disrupted supply and geopolitical forces—could also keep prices aloft. U.S. consumers are now paying an average of $3.29 a gallon for gasoline, the highest level in seven years, according to the U.S. Energy Information Administration. Steeper energy bills for businesses could increase the pressure to raise prices.

chief international economist at ING, who now expects consumer inflation to remain above 5% through the first quarter of 2022. He added inflation could prompt the Federal Reserve to act “earlier and swifter” to alter monetary policy to head off inflation.

Prices for groceries, gasoline and heating fuels rose in September along with the cost of new vehicles, rent and furniture, the Labor Department said. Prices fell for used autos, airline fares and apparel.

Companies are struggling with scarce materials caused by a combination of snarled supply chains, disrupted production and elevated demand because of the pandemic. The combination of truck-driver shortages and continued consumer demand for goods has gummed up ports, causing delays in deliveries of goods and sending shipping prices soaring.

Adam Lewin, who owns a building-materials distribution business based in Columbus, Ohio, started noticing the price increases in the spring. “And then it was just one after another,” he said. His company, Hamilton Parker, sells masonry, tile, fireplaces and other building products to consumers and to other businesses, and it soon raised its own prices to keep up.

Shipping delays are compounding the uncertainty around prices. Delivery times for all of the company’s products are stretched. Garage doors are arriving in 15 weeks when they used to take just two, Mr. Lewin said. With shipments so delayed, suppliers have begun raising prices on orders that had already been negotiated.

“The risk to us as a result of price changes is that projects can be canceled, impacting future sales. Customer relationships can be challenged based on unforeseen price changes, and there is significant stress on my team communicating these price updates,” he said.

“‘The real story in the inflation data was the upside in the more cyclical and persistent components like rent.’”

Many companies are already planning to pass on higher labor and materials costs to consumers. In September, some 46% of small businesses said they planned to raise prices in the next three months, on net, according to the National Federation of Independent Business, a trade association, the most since monthly records began in 1986.

“It looks like some of these supply-chain and inventory challenges are going to stick with us for a bit longer—at least through the rest of this year,” said Omair Sharif, founder of Inflation Insights LLC.

An example is the shortage of semiconductors that has curbed auto production, causing prices to soar for new and used vehicles. As new car sales slowed for the fifth straight month, the average price for a new vehicle in September soared nearly $4,900 from a year earlier, according to Kelley Blue Book. However, despite private-sector data signaling a rebound in used-car prices, the Labor Department tracked a slight decline last month.

“The real story in the inflation data was the upside in the more cyclical and persistent components like rent,” he said. “That tells us that there’s an important source of support that is likely to keep the inflation data firm in the months ahead and potentially beyond.”

Rent is a key category because it makes up nearly one-third of the CPI index and tends to influence inflation’s future path. Tenant rent jumped 0.5% in September from August, the sharpest monthly rise since 2001. So-called owners’ equivalent rent, which estimates what homeowners would pay each month to rent their own home, rose 0.4%, the most since 2006.

Fed officials are closely watching many inflation measures to gauge whether the recent jump in prices will prove temporary or lasting. One such factor is consumer expectations of future inflation, which can prove self-fulfilling as households are more likely to demand higher wages and accept higher prices when they anticipate higher future price growth. Consumers’ median inflation expectation for three years from now rose to 4.2% in September, from 4% a month earlier, according to a survey by the New York Fed. September’s reading was the highest since the survey began in 2013. Business expectations for inflation a year from now held steady at 3.1% in early October, the highest since the survey began in 2011, according to the Atlanta Fed.

Alternative inflation measures also show that price increases driving inflation are coming from a broader set of products and services, moving beyond pandemic-driven forces that economists expect to be temporary. The Cleveland Fed’s 16% trimmed-mean CPI, which captures price changes in the middle of the index, rose 3.6% in September compared with the same month a year ago, up from 3.2% in July and well above the 2% average between 2012 and 2019.

Mark Cuban recommends investing in dogecoin for 'fun,' but says ethereum has the most upside when it comes to crypto | Currency News | Financial and Business News 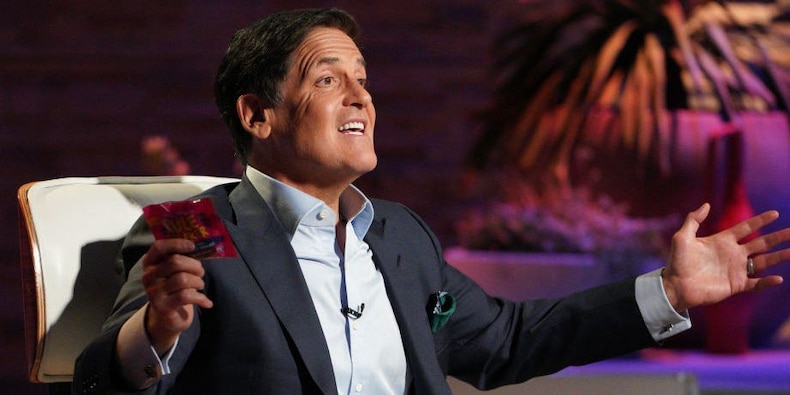