Employers added 571,000 jobs in October, above expectations, according to a monthly survey released Wednesday by private payroll firm ADP.

Gains were strongest among large companies, with increases of 342,000, and heavily concentrated in the services sector of the economy, with 458,000 new hires. The leisure and hospitality industry added 185,000 jobs.

Economists had been looking for 400,000 jobs to be created following September’s increase of 568,000.

Mark Zandi, chief economist of Moody’s Analytics, which helps ADP prepare the report, said, “The job market is revving back up as the Delta-wave of the pandemic winds down. Job gains are accelerating across all industries, and especially among large companies. As long as the pandemic remains contained, more big job gains are likely in coming months.

Political Cartoons on the Economy

The labor market has been recovering, albeit unevenly, from the effects of the coronavirus which saw 22 million Americans lose their jobs in April of last year. The unemployment rate, meanwhile, has fallen to 4.8%.

But companies say they find it difficult to find workers and are having to pay higher wages and offer flexible schedules to attract jobseekers. Nonetheless, companies continue to post jobs and say they expect robust hiring ahead.

A separate report from ADP found that wage growth, which picked up sharply following the pandemic, is now returning to more normal levels. Wages grew 3.3% during the third quarter overall, but for job switchers the pace was double at 6.6%.

The health of the job market is one of two factors the Federal Reserve Board is considering as it decides when to begin “tapering” its $120-billion-per-month purchases of Treasuries and mortgage-backed securities. The central bank is widely expected to announce later Wednesday that it will cut that amount by $15 billion a month with a goal of ending the pandemic-era program by the middle of next year.

The other factor is inflation and there the news is not as sanguine. Consumer prices have been running about 5% higher year over year in 2021 and there are indications an inflation mindset has begun to set in that could make the Fed’s job more difficult going forward.

It also complicates the political situation in Washington as President Joe Biden seeks to pass twin infrastructure bills with a razor-thin margin in Congress, which now seems even more in peril following Tuesday’s election results which saw a Republican take the Virginia governor’s race and a closer-than-expected contest for governor in the reliably Democrat state of New Jersey.

“However, the New York Fed’s consumer price series has bounded higher,” they added. “Is the U of M series headed for an upside breakout? We think so.”

Sat Nov 6 , 2021
Stanley Druckenmiller. Mark Lennihan/Associated Press Stanley Druckenmiller warned crypto, meme stocks, and many other assets are overpriced. The billionaire investor said the current bubble is much broader than the dot-com bubble. Druckenmiller invests based on how he expects the world to change over the […] 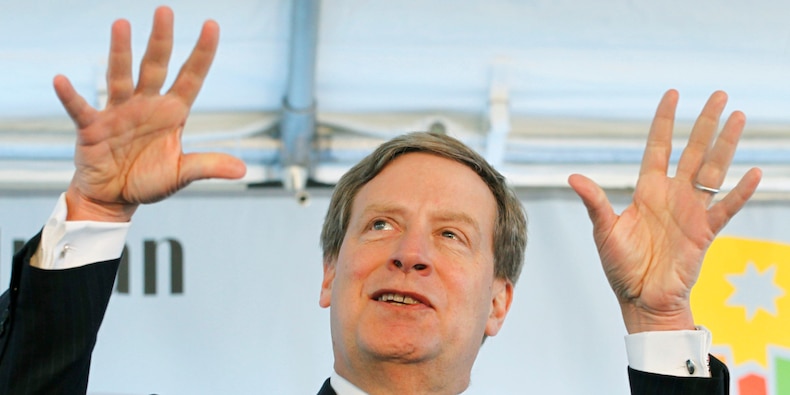