U.S. and European warnings about a potential Russian military attack on Ukraine may have staved off an invasion for the moment, but the statements have also caused collateral damage for Ukraine’s economy, officials in Kyiv and experts say.

President Volodymyr Zelenskyy last week blamed talk of war by the U.S. and other foreign partners for scaring off investors and triggering a 10 percent decline in the country’s currency. U.S. and Western officials, however, believe the warnings have helped alert the world to the danger posed by Russia’s troop buildup and that Moscow’s menacing actions are to blame for any turmoil in the markets.

“This is a new way to prevent aggression — reveal the Kremlin’s plans before it manages to do anything,” said Hlib Vyshlinsky, the executive director of the Kyiv-based Center for Economic Strategy think tank.

“However, the constant flow of scary predictions and warnings about Ukraine has a negative impact on our economy,” he said.

Ukraine’s currency has plunged in value since the troop buildup over the past few months. On Jan. 28, it was trading at 28.6 to the U.S. dollar on January, close to a record low.

Foreign investors also have unloaded Ukrainian bonds, sending their interest rates soaring to about 25 percent and making it nearly impossible for the government or private companies to borrow money on international markets, said Anders Aslund, a senior fellow at the Stockholm Free World Forum.

Zelenksyy’s government had to dip into foreign currency reserves to shore up the hryvnia, and it is now seeking financial support from the U.S. and other governments to prevent further damage.

Ukrainian Finance Minister Serhiy Marchenko this week suggested the U.S. might underwrite bonds issued by the government in Kyiv because of the prohibitive cost of borrowing in international markets.

“Concrete steps in support of Ukraine could be quite a logical reaction of Western partners, in particular through the mechanism of credit guarantees and appropriate financing both at the bilateral level and at the level of international institutions,” Podolyak said.

The Biden administration is looking at providing financial support to Ukraine beyond the half-billion dollars in development and humanitarian assistance it provided in the past year, said a spokesperson for the White House National Security Council.

Unlike in 2014, when Russia invaded and seized the Crimean peninsula, Ukraine’s economy is better placed to withstand pressure on its currency and bonds. It has built up a cushion of foreign currency reserves of $31 billion, the highest in a decade, and it is running manageable budget and current account deficits, according to Aslund and other experts.

The European Commission on Tuesday announced plans for a $1.35 billion assistance program to Ukraine through long-term loans, and the British government said it planned to deliver an additional $120 million in foreign aid for Kyiv. Ukraine also can draw on funds from the International Monetary Fund under a financing program agreed to last year.

Apart from dire warnings from Washington about a likely Russian invasion, “decisions on the departure of some embassy staff, and advice from some foreign nationals to leave Ukraine, were also clearly premature and exaggerated,” said Podolyak.

The U.S. and the United Kingdom last month both ordered the families of staff members at their embassies to leave Ukraine, a move that angered officials and members of the Ukrainian parliament.

Danylo Hetmantsev, a member of Parliament from Zelenskyy’s Servant of the People party, criticized the evacuation of dependents at some foreign embassies, saying it helped spook financial markets. He also questioned why Western governments had a much less dramatic response when Russia massed large numbers of troops on the border last year.

“Why did our partners remain silent in April when we had the same number of troops on the borders?” he said.

But Podolyak said the financial markets appeared to be less volatile this week after the Biden administration toned down its “panic rhetoric” and the two governments synchronized their approach.

Former U.S. diplomats said the Biden administration was not reckless when it warned of the dangers of the Russian build-up and that it was crucial to call out Moscow’s actions, even if it inflicted some temporary damage to Ukraine’s economy.

“I can only speak for our intention and our responsibility, and we feel it’s important to be open and candid about the threat from Russia,” White House press secretary Jen Psaki said Monday.

Administration officials also say they believed it was vital to expose any potential fabricated pretext being hatched by Moscow to justify possible military aggression and not wait until it was too late.

The administration said Thursday that it had intelligence about a Russian plan to fabricate a pretext for an invasion of Ukraine using a fake video involving actors.

State Department spokesperson Ned Price said the U.S. publicized the information about the plan to expose “Russia’s destabilizing actions towards Ukraine and dissuade Russia from continuing this dangerous campaign and ultimately launching a military attack.”

The White House, however, acknowledged Wednesday that it had adjusted its language and was no longer describing the possibility of a Russian military offensive as “imminent.”

“We stopped using it because I think it sent a message that we weren’t intending to send, which was that we knew President Putin had made a decision,” Psaki told reporters.

Sun Feb 6 , 2022
Wall Street’s key benchmarks faltered on Thursday, capping back-to-back sessions of gains on the heels of a slew of strong tech earnings, as sentiment waned following dismal results from Facebook that sent shares of the company spiraling along with other tech peers. A recent winning streak in equities was eclipsed […] 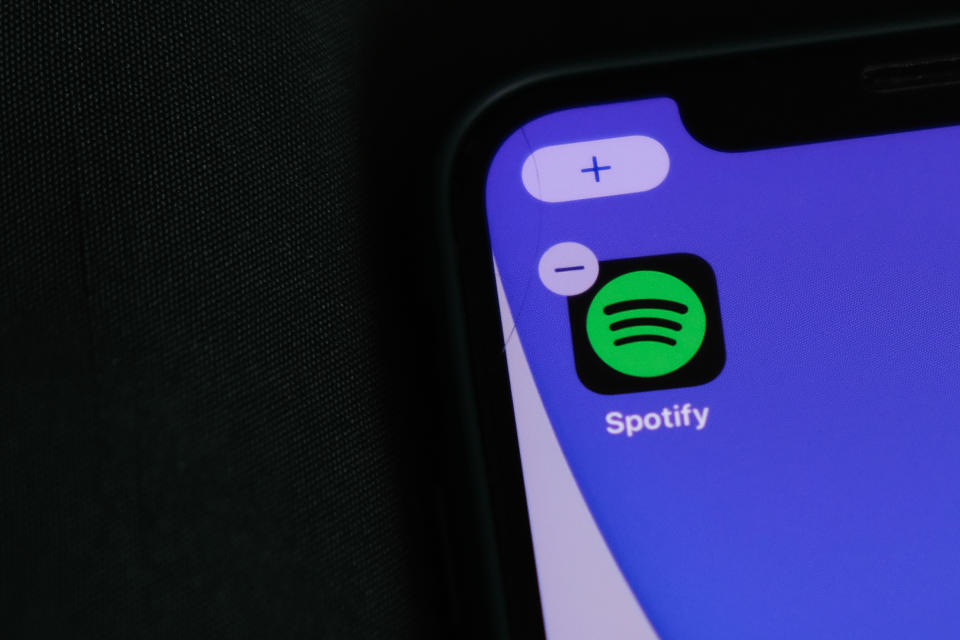