President Joe Biden during his first State of the Union address touted several familiar elements of his stalled Build Back Better economic plan, but the central tenets of his revised domestic proposal to target inflation came under a slightly different name on Tuesday evening: “Building a Better America.”

After months of no progress on his signature agenda, Biden used his address to revamp his expansive social spending and climate proposal and tailor it more to reducing deficits and costs for families. He characterized inflation as “robbing” Americans of the “gains they might otherwise feel.”

But he also made a more noticeable shift to wanting to tackle inflation by reducing costs and increasing wages – something key Democratic holdout Sen. Joe Manchin of West Virginia has wanted the party to prioritize. Biden said he’s hoping to ease inflation by creating more jobs and goods in America instead of the reliance on foreign supply chains, which have exacerbated the problem – especially during the pandemic.

The latest version is likely to appeal to both moderates and progressives. Progressives like Rep. Alexandria Ocasio-Cortez of New York stood up and applauded when Biden talked about climate change by creating tax credits to boost energy efficiency and investing in clean energy.

However, the amplified focus on cost reduction speaks to the pleas from both Manchin and vulnerable Democrats up for reelection this fall who want their party to more urgently address inflation. Even with a rebounding economy and record job growth, Democrats worry the persistence of rising costs could further hurt them in the November midterm elections when their House and Senate majorities are at stake.

“Economists call it ‘increasing the productive capacity of our economy.’ I call it building a better America,” Biden said. “My plan to fight inflation will lower your costs and lower the deficit.”

“When we invest in our workers, when we build the economy from the bottom up and the middle out together, we can do something we haven’t done in a long time: build a better America,” he added.

The semantics surrounding Build Back Better boils down to the fact that Biden’s agenda has been indefinitely stalled in Congress. While they still have their majorities, Democrats have less than a year to see if they can revive their agenda and pass one more major piece of legislation.

It’s unclear if Democratic holdouts will ultimately get behind the plan or be willing to restart talks following the State of the Union address. All 50 Democratic senators are needed to pass legislation through budget reconciliation since they won’t get any Republican votes. The process allows them to advance bills with a simple majority rather than the usual 60 votes.

Manchin, who was sitting with Republicans in the House chamber during the State of the Union speech, said early last month that “there’s no organized conversations going on” around a revised Build Back Better and has left the door open to revisiting talks. Along with Manchin, Democrats will also need to get Sen. Kyrsten Sinema of Arizona on board.

Any version of Build Back Better would be significantly pared down and inevitably cut out core priorities for Democrats. Later in his speech, Biden also name-checked passing key provisions included in the original social safety net package like the expanded child tax credit, a $15 minimum wage and paid leave.

Biden’s emphasis on early education and child care on Tuesday night, however, signals what he envisions to be a large part of a revised package. And it comes at a time when the administration has been increasingly pressing Congress to take it on as a stand-alone bill.

The child care and early learning crisis existed long before centers began closing due to the pandemic and has since been all but gutted nearly three years into the public health crisis. Complicating the landscape further, with children under 5 not yet eligible for vaccinations, child care center and prekindergarten programs are still being forced to shut down for days at a time as staffers filter in and out of quarantines and isolations.

“Many families pay up to $14,000 a year for child care per child. Middle-class and working families shouldn’t have to pay more than 7% of their income for care of young children,” Biden said. His Build Back Better bill was set to include more than $400 billion to allow states to begin offering or build on their child care and preschool programs.

“My plan will cut the cost in half for most families and help parents, including millions of women who left the workforce during the pandemic because they couldn’t afford child care, to be able to get back to work,” he said.

The volatility of the sector has contributed to women’s ability to maintain employment during the pandemic. In the first few months of the pandemic, roughly 3.5 million mothers with school-age children either lost their job, took a leave of absence or left the labor market altogether, according to an analysis by the Census Bureau. A year later, 1.3 million were still locked out of the labor force. But while women have clawed back lost work, a concerning gender gap lingers.

– Lauren Camera contributed to this report

Sat Mar 5 , 2022
A self-described “doctor” has a lesson she’d like to teach investors about decentralized finance (DeFi), an increasingly popular lending sector that’s become a battleground against cryptocurrency-related fraud. Even the most experienced DeFi players can find themselves wrong-footed by hacks and fraud. Yet retail investors in the sector are hungry for […] 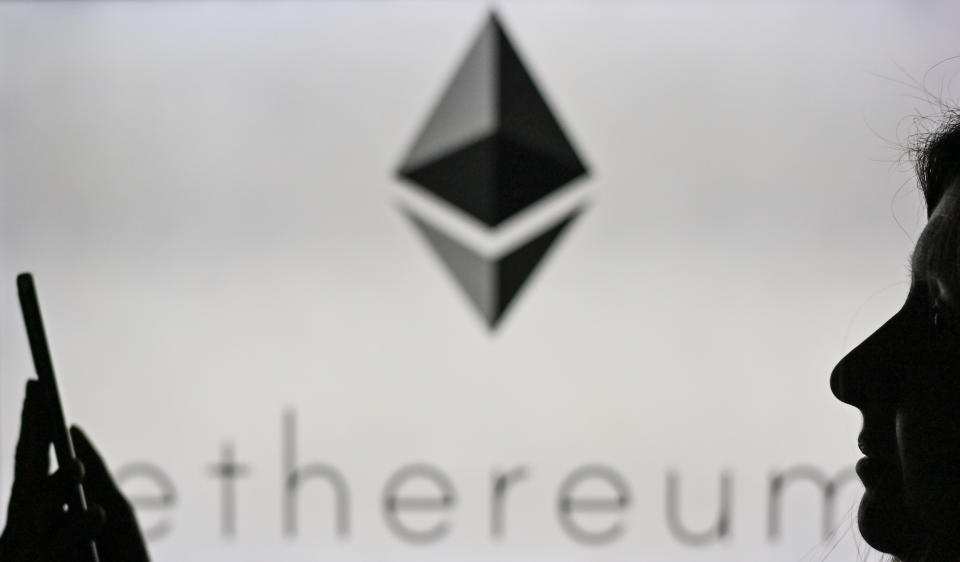