Richard H. Clarida, the Federal Reserve’s vice chair, announced on Monday that he would resign from his position two weeks earlier than planned. While he did not give a reason, he had faced renewed scrutiny about trades he made in 2020 as the central bank was poised to rescue financial markets.

“With my statutory term as governor due to expire on Jan. 31, 2022, I am writing to inform you that it is my intention to resign from the board on Jan. 14, 2022,” Mr. Clarida wrote in a letter to President Biden that the Fed released Monday.

The New York Times reported last week that Mr. Clarida had corrected his 2020 financial disclosures in late December. Ethics experts said one of his updated trades raised questions — he sold a stock fund on Feb. 24 before repurchasing it on Feb. 27, just before the chair of the Fed announced on Feb. 28 that the central bank stood ready to help markets and the economy.

His initial disclosures had noted only the purchase of the stock fund, which the Fed had described on his behalf as a planned portfolio rebalancing. But the rapid move out of and back into stocks called that explanation into question, some experts said, and the repurchase could have put Mr. Clarida in a position to benefit as the Fed reassured markets.

Neither the Fed nor Mr. Clarida provided an new explanation for the trades, though the Fed’s ethics office noted in the updated filing that they still appeared to be in compliance with conflict-of-interest laws.

The amended disclosure and volley of attention came at an inopportune moment for Jerome H. Powell, the Fed chair, who has been renominated to his position by Mr. Biden. He is scheduled to appear on Tuesday at a confirmation hearing before the Senate Banking Committee.

Ms. Warren sits on the Banking Committee, so Mr. Powell is still almost sure to face questions about why some Fed officials traded so actively as markets gyrated and the Fed staged a huge rescue at the start of the pandemic.

“The whole rebalancing story, that just collapses in the face of the fact that he sold and then bought,” said Simon Johnson, an economist at the Massachusetts Institute of Technology. “If you are Chair Powell, you don’t want to have your reconfirmation hearing focused on this.”

Mr. Powell and his colleagues have in recent months revamped the central bank’s ethics guidelines — in October releasing plans to overhaul them and prevent many types of financial activity, including trading during times of turmoil. He may point to that as a sign of how seriously the Fed has taken the issue.

Mr. Clarida’s resignation is the latest development in a monthslong trading scandal that has embroiled top officials and prompted high-profile departures at the Fed.

Fed officials were actively rescuing a broad swath of markets in 2020. In March and April, they slashed rates to zero, bought mortgage-tied and government bonds in mass quantities, and rolled out rescue programs for corporate and municipal debt.

The concern is that continuing to deal in affected securities for their own portfolios throughout the year could have given officials room to profit from their privileged knowledge.

Mr. Clarida’s term was scheduled to end at the close of this month because his seat as governor was expiring. Bloomberg News first reported on his stock fund purchase — what was visible before he corrected the disclosure — in October.

While Mr. Clarida didn’t address the trading issues in his resignation letter, he did mention them indirectly during a speech late last year.

“I’ve always acquitted myself honorably and with integrity with respect to the obligations of public service,” he said in mid-October.

The Fed’s government watchdog is investigating the trades officials made in 2020, and Ms. Warren has called for an investigation by the Securities and Exchange Commission. The S.E.C. does not comment on whether such investigations are underway.

Mr. Clarida has been vice chair since 2018, and during that time has been a close collaborator of Mr. Powell’s and a valuable second-in-command. His speeches were closely watched by Wall Street for the policy signals they often offered, and he was lauded for his skills as a clear and careful communicator.

He also led a push to revamp the Fed’s policy-setting framework to make it more focused on employment and more fitted to the challenges of the modern economic era, one of the major hallmarks of Mr. Powell’s first term.

“I will miss his wise counsel and vital insights,” Mr. Powell said in a statement announcing Mr. Clarida’s early departure.

This week in Bidenomics: Bubbles start to deflate

Fri Jan 14 , 2022
The first week of 2022 brought a middling jobs report, with solid annual wage growth of 4.7% but a disappointing number of new jobs. Employment rose by just 199,000 in December, far less than economists expected. The economy created a record-breaking 6.4 million jobs in 2021, but that was after […] 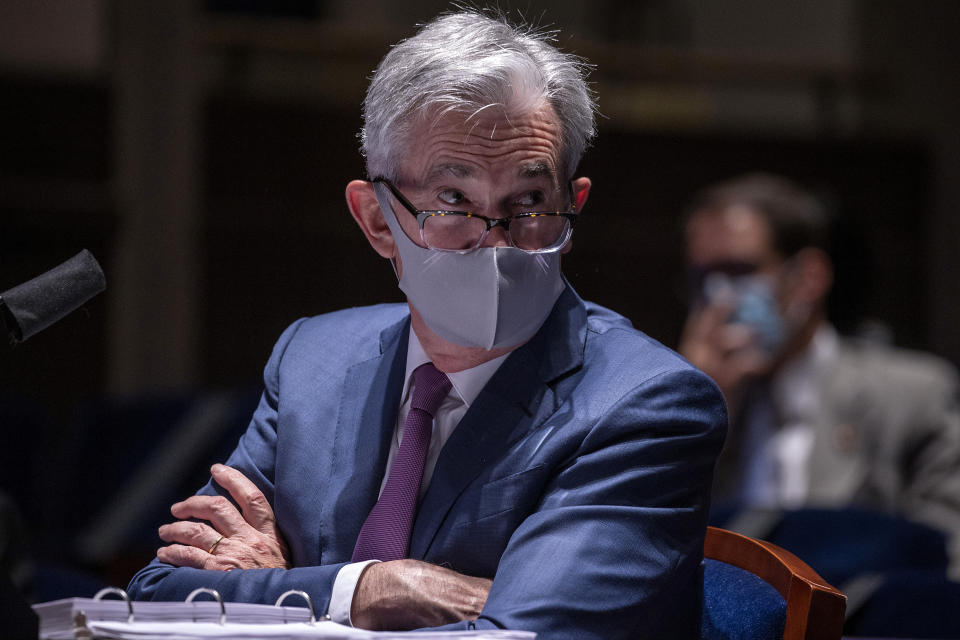