After a challenging two years, the CEOs of three of Charlotte’s largest Fortune 500 Companies are optimistic headed into 2022.

Here’s what they had to say about interest rates, the pivot to remote work and what they’ve got an eye on heading into the new year.

The rise of remote work

All three executives agreed on one thing: The pandemic has changed the way they think about remote versus in-person work.

“I believe this flexibility that we’ve introduced for employees is going to be with us for a long time,” Good said.

Duke Energy sent about half of its employees home at the beginning of the pandemic, she said, while the rest continued to work in-person in front line roles.

“I feel we have lost something from working remotely,” she said. The company is in the second phase of a three-part plan to bring employees back to the office, and will include hybrid arrangements in its return-to-work plans.

The switch to remote work was much broader at Bank of America, Moynihan said.

“In our case, 160,000 people went home overnight,” he said. “It really forever changed the way you thought about resilience and about recovery.”

The company has brought the majority of those workers back to the office, he said, adding that it’s too soon to say which workplace changes may be permanent.

“I think it’s relatively premature, deciding the world’s changed forever,” Moynihan said. “The reality is that there was no choice (in working remotely at the start of the pandemic). We have a choice now, so what happens next?”

Ellison faced a different challenge at Lowe’s: about 95% of the company’s 340,000 employees remained working in-person at stores and distribution centers, he said. To address that gap, Ellison said he required all office-level leaders to visit stores weekly.

“I felt if we were going to mandate that our store managers and cashiers and receiving associates come to work every day, I wanted my vice presidents and senior vice presidents… and everyone else to find ways to be out in our stores every week,” he said.

It’s not just the workplace that has shifted, he said. Customers have come to expect more choices when it comes to shopping, and Lowe’s had to quickly offer options like curbside pickup or same-day delivery.

Even with the threat of the new omicron variant looming, Good said Duke Energy and other companies are better equipped to continue operating than they were 18 months ago.

“I think we’re still finding our way, but I think that mindset has changed to living with the virus.” she said. “We have more tools this time. We have a vaccine. We know more about the disease. We have the confidence that we can adapt.”

The panelists also discussed the economic landscape in 2022.

Moynihan said he expects the Federal Reserve to start moving away from some of the policies it put in place to assist the U.S. economy during the worst of the pandemic. That could mean raising interest rates, he said.

“We have had a heck of a long-term problem avoided by looking at the short term,” he said of the central bank’s COVID-era policies. But now there are many signs of a recovery, including a decrease in unemployment and a rise in consumer spending.

“If you ask me personally, the conditions of the economy are strong enough, absent what this (omicron) variant does, that it’s time for the Fed to move back and let the natural economy take hold,” he said.

For Duke Energy, there are definitely economic headwinds ahead, Good said, naming inflation, supply chain challenges and labor shortages among them.

“We also have tailwinds,” she said. “We have a growing economy. We have more economic development … We have a demand for transforming the industry. And so I think all of us are trying to figure out how to continue to position our business, despite the headwinds.”

The CEOs also touched on advocating for diversity, equity and inclusion, in their own companies and in Charlotte.

All three firms have pitched in for the Mayor’s Racial Equity Initiative, a $250 million program designed to address racial inequalities in the city.

“The city is moving in the right direction, I think we should feel good about that,” Ellison said. “But we can’t rest on our laurels. We have to be aggressive.”

In the past year and a half, he’s tried to foster more open conversations about race and other equity issues at Lowe’s.

“Sometimes we’re so afraid of offending (each other) we won’t even talk to each other, so we’re not learning,” Ellison said. “That’s one of the things we tried to facilitate.”

Racial equity issues have weighed heavily on Moynihan’s mind in the past year and a half too. He wants the bank to be “seen as a leader on all this in the community, not a lagger.”

Bank of America has committed $25 million to the mayor’s initiative. In July 2020, it launched its own $1 billion racial equity program, one of the largest from an American company on the issue, and upped that amount to $1.25 billion this year.

“We just want to see forward movement,” Ellison added. “There’s a lot that needs to be done.”

Hannah Lang covers banking and finance for The Charlotte Observer. She studied business journalism at the University of North Carolina at Chapel Hill and grew up in the same town as her alma mater.

5 Digital Marketing Trends to Watch in 2022

Wed Dec 15 , 2021
2022 will be a year of change for online marketers. The global marketing landscape has changed, disrupted by the COVID-19 pandemic, which shaped new business models and apps. These and other factors will influence next year’s digital marketing trends regardless of whether you are in real estate or any niche.  […] 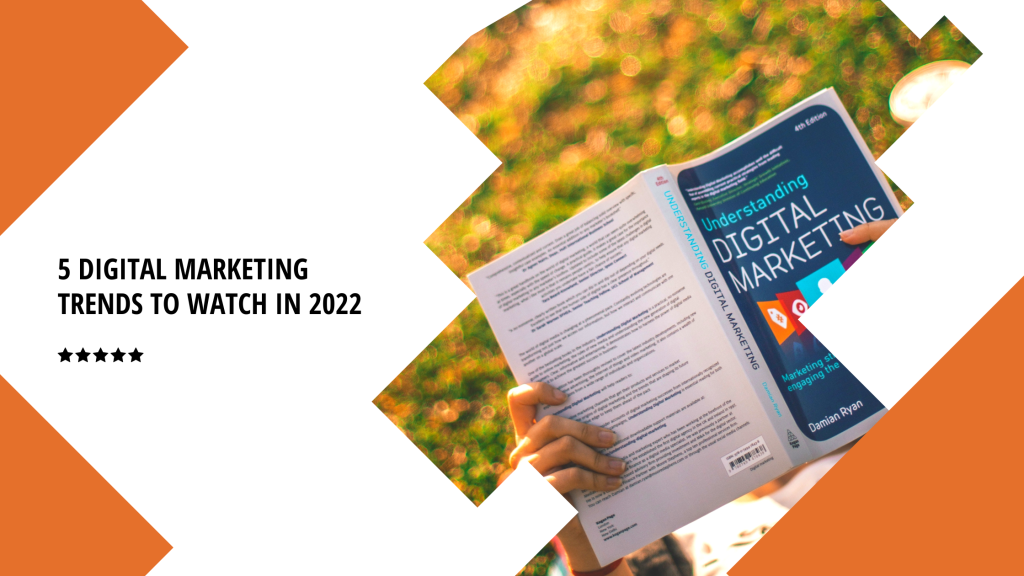