CNN painted a slight drop in gas prices as a massive economic accomplishment for the U.S. this week as it gushed over the national average price for a gallon of gas dropping to a still-robust $3.35 a gallon.

During multiple segments, as well as an analysis piece published Tuesday, the liberal network touted the small price drop as “critical relief for household budgets,” “a big economic relief for millions,” and “offering glimmers of hope for inflation-weary Americans.” It also touted the Biden administration’s release of strategic oil reserves as a contributing factor in the drop.

“Americans grappling with historic levels of inflation are finally getting some relief where they need it most: Previously-booming energy prices,” the network’s analysis piece read, saying the average price for a gallon of gas fell to a “seven-week low” of $3.35 a gallon.

It’s unclear exactly where CNN came up with the “seven-week low” measurement, however, according to AAA, the source of the numbers cited by CNN, the average price for a gallon of regular grade gasoline for November was $3.42. AAA does not provide an average for the month of October on its website, which would fall within CNN’s “seven-week low” time frame.

The piece went on to tout President Biden’s decision to release from the strategic oil reserve in an attempt to lower prices and help with the fuel shortage, although it admitted the move was “more of a Band-Aid than a long-term solution.”

U.S. President Joe Biden announces the release of 50 million barrels of oil from the U.S. Strategic Petroleum Reserve as part of a coordinated effort with other major economies to help ease rising gas prices as he delivers remarks on the economy and “lowering prices,” during a speech in the Eisenhower Executive Office Building’s South Court Auditorium at the White House in Washington, U.S., November 23, 2021. REUTERS/Evelyn Hockstein
(REUTERS/Evelyn Hockstein)

The piece also admitted that pump prices were “still at high levels,” but that they had “finally stopped going straight up.”

“The energy market is offering glimmers of hope for inflation-weary American families,” it added after also cheering the drop in the price of natural gas.

CNN host Don Lemon continued gushing over the small decrease during his Tuesday night show, clapping and singing on air as he cheered on the numbers.

“A big economic relief for millions of Americans who have been dealing with soaring energy prices. Costs at the pump, finally easing up. The national average for a gallon of regular falling to $3.35. The lowest since October. Just look at that. Ahhhhh,” Lemon said.

He went on to report that the government was predicting a drop in the average price to $3.01 a gallon by January.

“Can we just celebrate the good news for a minute? I’ll take it where I can get it,” he said, clapping as he brought on guest Austan Goolsbee to discuss the numbers.

The celebration continued on Wednesday’s airing of “New Day,” with hosts John Berman and Brianna Keilar touting the small drop as “a potential antidote for inflation,” one of the most dire economic problems facing the Biden administration, and claiming the numbers were dropping “significantly.”

Mon Dec 13 , 2021
Universities are always coming up with innovative methods of recruiting more students through digital marketing. From enticing video content to social prowess and instant messaging, knowing what piques the audience’s interest will be helpful. Most focus on streamlining and improving their marketing strategies to ensure they spend their money well.   […] 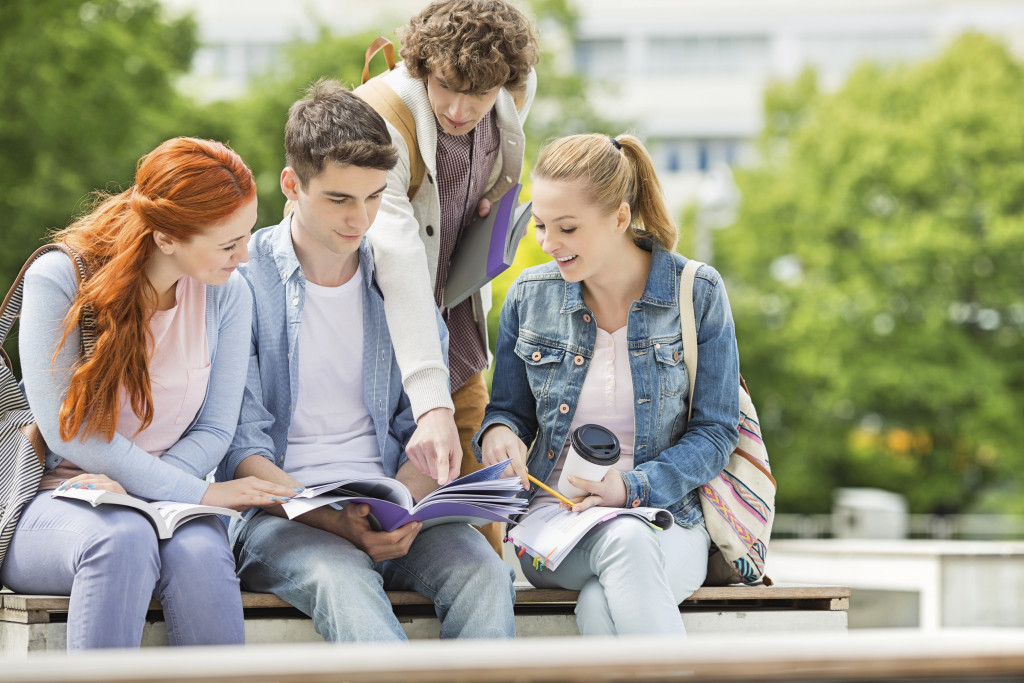