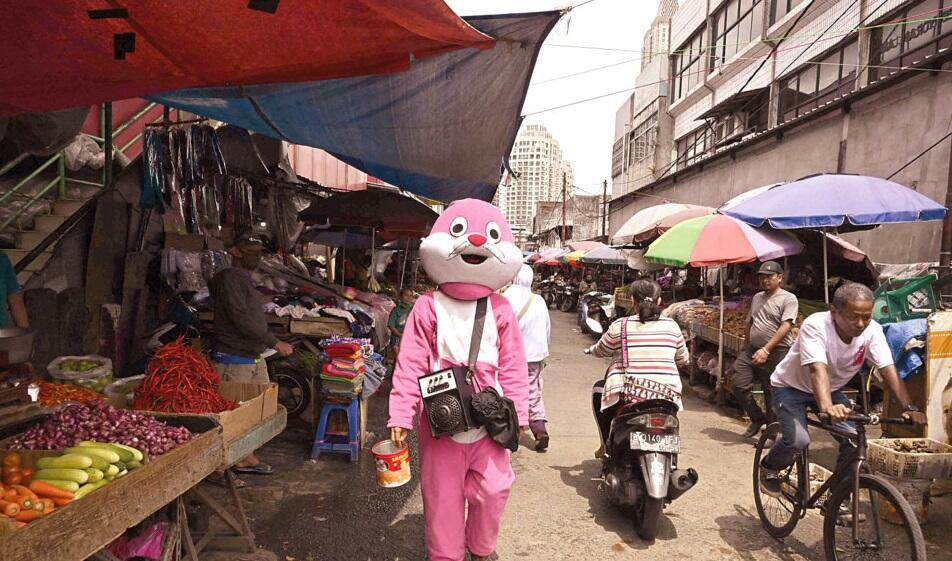 Southeast Asia’s biggest economy expanded 3.69 percent on-year, the country’s statistics agency said, having contracted in 2020 for the first time since 1998 during the region’s financial crisis.

The healthy rebound came largely on the back of declining coronavirus cases and robust exports, as prices for key commodities such as palm oil, coal and nickel rose significantly, Central Statistics Bureau head Margo Yuwono told a news conference.

And in an optimistic sign, the economy grew a forecast-beating 5.02 percent on-year in the final three months.

“We hope the momentum of the economic recovery will be maintained in 2022 as long as we all agree that health protocols are critical so daily cases will decline and mobility will get better,” Yuwono said.

The country’s trade surplus for 2021 reached $35.34 billion, its highest in 15 years, the statistics agency reported earlier.
Indonesia was hit hard in July as the Delta variant swept the country, forcing the government to impose tighter social-distancing restrictions that hobbled businesses.

A subsequent easing of those restrictions as cases declined in the fourth quarter allowed for a bounceback in some sectors, including transportation.

Despite worries over Omicron, the Central Bank of Indonesia has projected the economy to grow 4.7-5.5 percent this year, while the International Monetary Fund has projected a 5.6 percent expansion in 2022 and 6.0 percent in 2023.

Tue Feb 8 , 2022
That’s the cryptocurrency’s longest winning streak since September. By Akayla GardnerBloomberg Published On 7 Feb 20227 Feb 2022 Bitcoin rose for a fifth consecutive day, the longest winning streak since September, as investors begin to re-embrace risk assets across global markets. The largest cryptocurrency by market value gained as much as […]