That’s according to financial data company FactSet. According to the firm, the second quarter of 2021 saw a 13.1% profit margin among the companies of the S&P 500. The 4th quarter showed a slight dip but a still-elevated level of 12.4%. The numbers stretch 54 quarters — to the middle of 2008 — and reveal that the 4 best quarters for corporate profits in recent history all happened last year.

This data could provide ammunition for progressive Democrats and other corporate critics who have been charging for months that businesses largely responded to the pandemic and recent surge in inflation with “price gouging.”

Corporations are utilizing “their ability to ‘drive price’ and not leave any pricing on the table,” says Lindsay Owens, the executive director of the left-leaning group Groundwork Collaborative.

Owens and her colleagues embarked on a project to monitor corporate earnings calls since last summer. Early on, she says, CEOs “were a little surprised that consumers were forking over money at these higher price points.” But now she says the view of business leaders is we are “capitalizing on this phenomenon, we’re exploiting it and we’re pressing it to the hilt and we’re going to take it until we touch the stove.”

The issue of growing corporate profit margins has attracted scrutiny from Democratic figures like Senators Elizabeth Warren and Bernie Sanders. Earlier this month, Congress held a hearing focused on “pandemic profiteers” and, in a recent Yahoo Finance interview, Rep. Alexandria Ocasio-Cortez attributed recent price hikes not to inflation but to just “straight price gouging by corporations.”

President Joe Biden and his aides have highlighted specific instances of price hikes, focusing on industries like meatpackers, energy firms, and companies involved in the supply chain. They have focused on corporate consolidation in these industries as a key driver of higher prices.

Owens agrees that consolidation plays a role and adds that consumer expectations contribute, as well.

There’s “a very lucrative space between passing on input costs, which consumers understand and know need to happen in this moment, and the average consumer’s understanding of what those in input costs are,” she says.

The group is also releasing a new survey this week of 1,549 likely voters from Groundwork Collaborative and Data for Progress that finds 63% of respondents believe large corporations are “taking advantage of the pandemic to raise prices unfairly and increase profits.”

Even 51% of Republicans agreed with that sentiment.

The LPL researchers attributed the strong returns for investors to “a combination of surprising revenue strength and resilient profit margins.”

Nicholas Colas, the co-founder of DataTrek Research, added in a recent report to investors that profit margins in Q4 2021 not only exceeded both Q4 2020 but also were “notably better than pre-pandemic margins, which averaged 10-11%.”

Companies themselves have often noted that they have enjoyed the power to raise prices, and maintain or grow their profits margins, because consumers are willing to pay.

“We’ve never had resistance when we raise prices,” Chipotle (CMG) CFO Jack Hartung recently told Yahoo Finance. But, he added, “We’d like to have that as more of our last resort, we’d like to find efficiencies, we’d like to find leverage in our margins as we grow sales.”

The official government data on corporate profits from the Bureau of Economic Analysis is scheduled to be released at the end of March.

Sat Feb 26 , 2022
Here are your FOX Business headlines.  BRUSSELS — After the political outrage against Russia comes the economic reckoning. Finance ministers of the 19 countries that use the euro gathered Friday in Paris to weigh the economic fallout of Russia’s invasion of Ukraine and the resulting European Union sanctions. The EU, […] 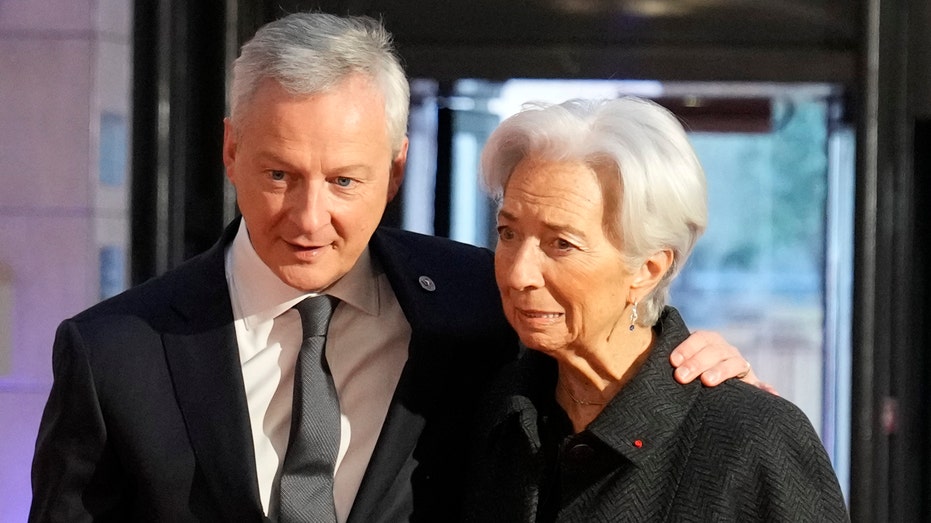