The White House has accused Russia of planning a staged attack on Russian territory by Ukrainian forces to gain a pretext for an invasion of the country. The Biden administration’s comments on the situation Thursday said that the propaganda could contain “graphic scenes of a staged false explosion with corpses.”

Markets subsequently fell on the news as more uncertainty builds and the potential for military conflict increases. Bitcoin dropped as much as 1.8% on the day, later regaining much of its losses. Ethereum dropped by as much as 4.33% on the day. Ethereum pushed back up as the day progressed but was still down 2.12% at the time of writing.

Equities markets also took a hit with the increased uncertainty around Russia and Ukraine. The S&P 500 dropped by over 111 points and closed down 2.44%. The Nasdaq suffered even deeper losses, losing over 538 points and dropping by 3.74% by market close.

The European Central Bank (ECB) released new comments Thursday on monetary policy going forward and how it will deal with inflation. It revealed that it would be reducing the pace of its asset purchasing in the first quarter of 2022 and then aim to cease asset purchases entirely by the end of March 2022.

Inflation rates worldwide are rapidly increasing, including in the Eurozone where consumer prices have risen year-over-year to 5.1% by the end of January. Despite high inflation, the ECB noted Thursday that it would keep interest rates at their current levels in the range of -0.50% and 0.25%. The ECB said that “this may also imply a transitory period in which inflation is moderately above target,” in its statement.

Monetary systems around the world loosened policy in order to combat worsening economies from the pandemic. In the US, this has resulted in the most intense increase in the cost of goods and services in the last 40 years. While bitcoin and other disinflationary cryptocurrencies have been considered hedges against this type of inflation, their recent correlation with equity markets have caused them to derail from that narrative.

Markets are filled with uncertainty awaiting increased rates and fewer asset purchases from the Fed. The tension between western nations and Russia creates even more pressure that may lead to an extremely volatile move downward should the situation worsen. Investors should prepare for future volatility.

Sat Feb 5 , 2022
Stocks shook off earlier losses to mostly rise Friday afternoon even as investors viewed a much stronger-than-expected jobs report as bolstering the case for the Federal Reserve to continue down its more hawkish monetary policy path. The S&P 500 turned higher during intraday trading, closing up 0.52% at 4,500.61, while […] 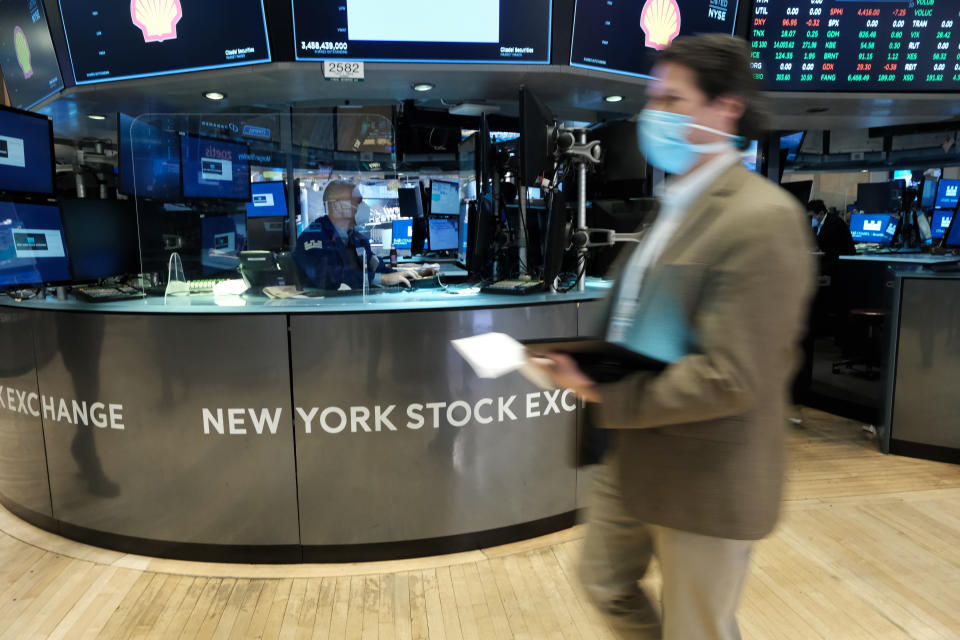