Do a read through of the disappointing earnings report out of FedEx on Tuesday night and you get the sense non-farm payrolls reports for the rest of 2021 may surprise economists to the downside.

The problem (one that may be getting worse, per FedEx)? Finding humans to accept jobs in a very tight labor market even at higher rates than what the specific job would have paid months ago.

“The impact of constrained labor markets remains the biggest issue facing our business as with many other companies around the world and was the key driver of our lower than expected results in the first quarter,” FedEx COO Raj Subramaniam told analysts on an earnings call.

FedEx (FDX) said its quarterly results were drilled by $450 million due to labor shortages alone, notably at its ground segment. The company estimated a shocking 600,000 packages across the FedEx network are being rerouted because of the inability to find labor.

Those processing bottlenecks stand to wreak havoc on the holiday season if FedEx is unable to address the worker shortage, which increasingly appears unlikely.

To illustrate the point on its labor challenges, FedEx shared the current state of play at one of its facilities in Portland, Oregon.

Explained Subramaniam, “Our Portland Oregon hub is running with approximately 65% of the staffing needed to handle its normal volume. This staffing shortage has a pronounced impact on the operations, which results in our teams diverting 25% of the volume that would normally flow through this hub because it simply cannot be processed efficiently to meet our service standards. And in this case the volume that diverted must be rerouted and process, which drives inefficiencies in our operations and in turn higher costs. These inefficiencies included adding Incremental linehaul and delivery routes, meaning more miles driven and higher use of third-party transportation to enable us to bypass Portland entirely. Now that’s merely one example.”

One example, that the Street is clearly concerned about, stands to morph into a litany of examples come the peak holiday-shipping season.

Shares of FedEx plunged 9% in Wednesday trading as investors digested the lackluster earnings day. Rival UPS also fell 2% in sympathy as traders braced for a similar warning from the company on its upcoming earnings day.

Not only did FedEx badly whiff on earnings estimates, but it slashed its full fiscal year profit outlook. FedEx now sees full-year earnings of $19.75 to $21 a share compared to $20.50 to $21.50. FedEx also warned that it’s seeing a slowdown in e-commerce demand as people return to shopping at physical stores.

“While we were calibrated for higher ground expense from labor availability issues, the magnitude and related volume impact was greater than anticipated,” said KeyBanc analyst Todd Fowler, who kept an Overweight rating (Buy rating equivalent) on FedEx shares.

The September employment report will be released on Oct. 8. If it disappoints, remember that FedEx telegraphed it in mid-September.

Brian Sozzi is an editor-at-large and anchor at Yahoo Finance. Follow Sozzi on Twitter @BrianSozzi and on LinkedIn.

Fri Sep 24 , 2021
The U.S. and European economies slowed in September as supply-chain bottlenecks and worries over the Delta variant weighed on businesses, adding to signs the global economy is experiencing a soft patch amid an uneven recovery, purchasing managers’ surveys showed. Manufacturing and services businesses in both the U.S. and Eurozone reported […] 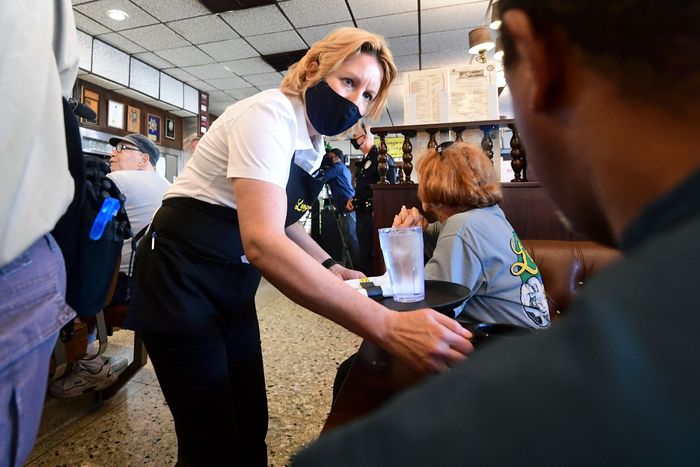