It was a bullish end to the week for the European majors on Friday.

Economic data from the Eurozone and the U.S provided the majors with support on the day.

While manufacturing PMI numbers were on the softer side, Germany and the Eurozone’s PMIs for October only saw modest declines.

From the U.S, private sector PMIs were also positive for riskier assets, with service sector activity picking up in October.

Service sector activity saw a more marked slowdown in growth at the turn of the quarter.

In October, the Manufacturing PMI slipped from 60.7 to 59.2, while the Services PMI rose from 54.9 to 58.2. The pickup in service sector activity was key on the day.

On the monetary policy front, FED Chair Powell spoke at the end of the week, with the FED on scheduled to begin tapering.

For the DAX: It was a bullish day for the auto sector on Friday. Volkswagen rallied by 2.12% to lead the way, with BMW rising by 1.65%. Continental and Daimler ended the day with more modest gains of 0.60% and by 0.59%, respectively.

It was a mixed day for the banks, however. Deutsche Bank rose by 0.52%, while Commerzbank slipped by 0.28%.

It was a mixed day for the French auto sector, however. Stellantis NV slipped by 0.02%, while Renault rose by 0.63%.

On the VIX Index

It was back into the green for the VIX on Friday, marking just a 2nd day in the green from 9-sessions.

It’s a quieter day ahead on the Eurozone’s economic calendar. German business sentiment figures will be in focus ahead of the European open.

With the ECB in action later in the week, expect the numbers to set the tone.

There are no material stats from the U.S to influence later in the day, however. The lack of stats will leave the majors in the hands of commodity prices and corporate earnings. As seen over the previous week, company outlooks will likely have a greater impact than actual earnings…

In the futures markets, at the time of writing, the Dow Mini was down by 63 points.

For a look at all of today’s economic events, check out our economic calendar.

This article was originally posted on FX Empire

Mon Oct 25 , 2021
When Saudi Arabia abruptly amended its rules for imports from neighbouring Gulf states, executives at an UAE conglomerate were stunned into action. They ordered company trucks packed with everything from cardboard packaging to steel pallets to return to Dubai from the Saudi border, while officials urgently phoned clients in the […] 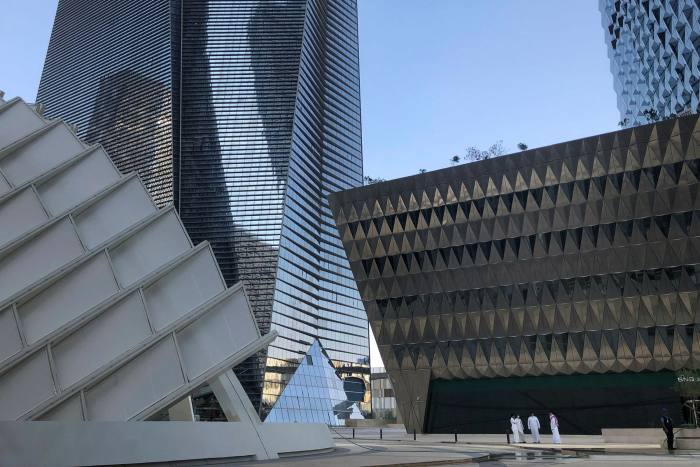