Inflation in the U.K. has hit a 10-year high in the 12 months leading up to November, while last week the Labor Department reported U.S. prices rose at their fastest rate in 39 years for that month.

In a wide-ranging new interview taped before the U.K. numbers were released on Wednesday, billionaire hedge fund manager Ray Dalio raised concerns about the effects of inflation on the bond market. That market has been a volatile one in recent months, as bond prices typically fall during inflationary periods.

When Yahoo Finance’s editor-in-chief, Andy Serwer, asked Dalio just how concerned he is about inflation, the legendary hedge fund manager responded: “I’m significantly concerned about it. Because the amount of money and credit that has to be produced and is budgeted, it is a large increase.”

Dalio, who runs the world’s largest hedge fund, Bridgewater Associates, has been sounding the alarm about soaring inflation — especially since last month, when an inflation report revealed consumer prices had their biggest gain in over three decades. In a LinkedIn post following that report, Dalio warned that “raging” inflation was eroding the wealth of Americans.

“Some people make the mistake of thinking that they are getting richer because they are seeing their assets go up in price without seeing how their buying power is being eroded. The ones most hurt are those who have their money in cash,” he wrote.

In that post, Dalio cited a chapter from his new book, “Principles for Dealing with the Changing World Order,” which argued that a decline in a nation’s wealth is typically accompanied by diminished power.

“There isn’t an individual, organization, country, or empire that hasn’t failed when it lost its buying power,” he wrote. “To be successful one must earn an amount that is at least equal to the amount one spends.”

In his LinkedIn post, Dalio warned that the U.S. is printing too much money without raising its productivity levels, a point he also made in his interview Monday with Yahoo Finance.

“Now, when we look from an investor’s point of view, or an individual’s point of view, we have to remember that you can’t raise living standards by just creating money and credit, particularly if you don’t raise productivity more than that,” he told Yahoo Finance.

Dalio later referred to the research he did for his book, which seeks to examine why nations “succeed or fail,” noting that nations that go into overdrive printing new money typically don’t fare well.

“I’ve studied these empires, these dynasties going back since last 500 years, and you see the same thing happening over and over again, when there’s a financial problem … and the coffers are empty, they print money. And when they print money … it devalues money,” he noted. “And with that, when you have a large gap of people at each other’s throats, then you create a risk of an internal conflict, the risk of some kind of civil war.”

Dalio raised these concerns just ahead of the Federal Reserve’s final monetary decision of 2021 on Wednesday, when the central bank revealed that it would dial back on pandemic-era easy money policies and likely raise rates in 2022 amid concerns over inflation.

Leading up to the report, Fed watchers questioned whether the central bank has been behind the curve on controlling inflation, as Yahoo Finance’s Brian Cheung wrote. Indeed, Powell reiterated for much of this year that inflation was merely “transitory” before finally acknowledging last month that “it’s probably a good time to retire that word.”

Editor’s note: This article was updated after the Federal Reserve’s decision on Wednesday.

Fri Dec 17 , 2021
Six years ago, Samantha Cooper had a high-powered job in London’s Canary Wharf financial district and a hard-charging life to match it. At 42, she was running a global trading team at oil group BP, rising at dawn and heading straight to the gym, checking emails all the way for […] 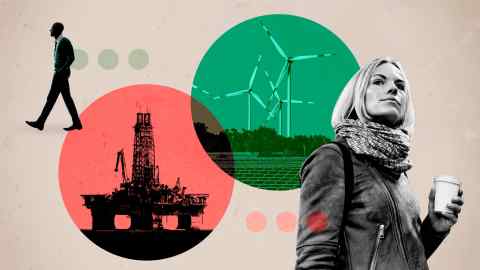