The International Monetary Fund says cryptocurrencies and stocks are likely to see more volatility, with the Federal Reserve set to raise interest rates, and as increasing correlations between the two asset classes .

Digital coins have , with a deep sell-off . Since hitting a record high in November, the value of Bitcoin () has been shaved nearly in half.

“The Fed needs to tighten financial conditions, that means that interest rates have to come up, risky asset prices have to come down, and that could be painful to some degree,” Tobias Adrian, director of the IMF’s Monetary and Capital Markets Department, told Yahoo Finance in an interview.

“That’s what is going to change economic activity, which then will change inflation,” he added.

Adrian didn’t specify an exact timeline, but thinks it could be anywhere from two to six months before markets fully adjust to a new level of interest rates.

He explained that heavy leverage in crypto markets is magnifying spot price volatility – and is closely tied to leverage being taken on in the stock market, as hedge funds invest in both assets.

At the moment, banks themselves have little exposure to crypto assets, in general. Yet Adrian argued there’s little data showcasing how much risk investors overall are taking, leaving gaping holes as to what the real risks might be within digital assets, since full exposure isn’t known.

“There’s very little data at the moment, data disclosures are not standardized,” he stated.

“Investors often don’t know how much risk they’re taking… There’s little regulation around margin setting, or around possible pitfalls around cyber risks,” Adrian added. “So there’s really a lot of scope to improve the regulatory environment for the crypto space.”

Adrian says crypto is very much in the shadow banking system, but that over time he expects more regulations. He says the challenge is that crypto is so decentralized with no legal entity operating the digital coins, like Bitcoin.

When it comes to stablecoins, Adrian thinks it’s a good idea for some issuers to have a banking license and be regulated as such, because they offer services similar to that of traditional banks.

“We know that well-regulated banks and banks backstopped by the Federal Reserve work well,” he told Yahoo Finance. “When stablecoin providers don’t have these kinds of regulatory setups and liquidity provisions, it’s going to be difficult for them to be truly stable.”

Yet other stablecoin issuers may not be fit to have a banking license, he said, pointing to ones that operate more like money market funds.

“It depends on the business model of the stable coin as to whether they’re more like a bank or more like a mutual fund,” Adrian added.

As , Adrian said a well-designed central bank digital currency (CBDC) is a good idea. Assuming it’s properly designed, it could improve the efficiency of the payment system, allow more Americans to access the financial system and make payments with other countries cheaper and faster, according to the economist.

But he also says a CBDC is foundational to allowing cryptocurrencies to exist.

“There are many problems with crypto assets, but it’s difficult to imagine them going away,” says Adrian. “A central bank digital currency is also an important bridge to the crypto asset universe and makes sure that federal reserve money is an important foundation for this emerging financial system.”

Adrian added that a CBDC should be able to coexist with private sector stablecoins.

For more information about cryptocurrency, check out:

Dogecoin, what is it? How to buy it

Ethereum: What is it and how do you invest in it?

Why the stock market is as vulnerable as someone after a bad breakup: Morning Brief

Mon Jan 31 , 2022
This article first appeared in the Morning Brief. Get the Morning Brief sent directly to your inbox every Monday to Friday by 6:30 a.m. ET. Subscribe Monday, January 31, 2022 Remember your first bad breakup? I bet it was painfully brutal. The weeks full of tears. The instant anger at […] 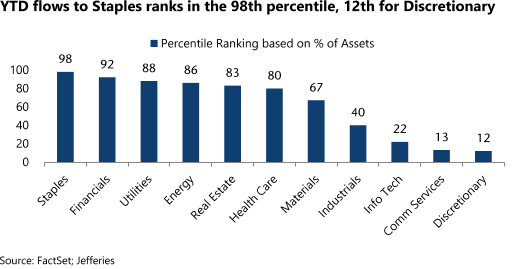