The weird world of cryptocurrency got even weirder with the arrival of Shiba Inu. Now among the top 30 or so cryptocurrencies in the world, its staying power is a testament to the might of memes, the contagious nature of investor groupthink and the cuteness of fluffy dogs.

But is the coin that billed itself as the “Dogecoin Killer” a legit crypto investment opportunity now that it boasts more than 550,000 users? There’s a lot to consider before you can answer that question.

Find Out: Where Does Cryptocurrency Come From?
Read: Why Some Money Experts Believe In Bitcoin and Others Don’t

The Strange Beginnings of Shiba Inu

Launched in August 2020 by an anonymous person going by the name Ryoshi, Shiba Inu was a challenge to Dogecoin from the very beginning. Its mascot — the coin’s namesake breed of Japanese dog — is also the mascot of Dogecoin, which itself was started as a joke based on a viral canine internet meme.

Like so many other cryptocurrencies, Shiba Inu is based on the Ethereum blockchain. Ryoshi started with a supply of 1 quadrillion tokens — that’s 1,000 raised to the power of five. Ryoshi then locked half of the tokens in a decentralized finance protocol called Uniswap and “burned” the other half, worth $1 billion, to Ethereum co-founder Vitalik Buterin for safekeeping. Buterin then donated trillions of Shiba Inu coins to India to help stem the spread of COVID-19 — it was history’s largest cryptocurrency donation — before “burning” 40% of the total supply to a “dead wallet.”

If you got through the last two paragraphs but have no idea what you just read, investing in Shiba Inu is probably not for you.

Unlike Bitcoin, which is currently trading at around $35,000 per coin, Shiba Inu goes for just a tiny sliver of a penny — about $0.00000696 per token. The logic, according to Barron’s, is that cheaper coins draw wider audiences. Dogecoin, by comparison, is trading at a much more expensive 20 cents.

All that is fine and well, but like everything involving crypto trading, volatility is the name of the game with Shiba Inu. The coin briefly lost half of its value on the day that Buterin made the donation to India. That’s a single-day drop of 50% based purely on investor emotion and reaction to a news story — and in the world of crypto, that’s not at all unusual.

If you can handle that kind of heat, by all means — but keep in mind the nature of the roller coaster you’re about to board.

On May 9, Shiba Inu soared to its all-time high of $0.000035. The price almost immediately crashed back down to Earth and less than 10 days later, that number had an extra zero in it, as it does to this day.

Take a Look: What Is the Next Big Cryptocurrency To Explode in 2021?

Is Shiba Inu a Good Investment for You?

If you want to look in your digital wallet and see millions, billions or even trillions of something, you won’t do better than Shiba Inu — but few experts would recommend that as a sound investment strategy.

Crypto, in general, is in a slump right now, particularly Ethereum-based tokens like Shiba Inu and Dogecoin. If that trend reverses course, it’s perfectly logical to believe that Shiba Inu will be lifted by the tide. In fact, on June 24, an expert writing for FXStreet used convincing logic to predict that Shiba Inu is due for an 80% price increase, and maybe it is. But it’s just as easy to find experts who predict that the coin of the moment will soon be tossed onto the trash heap of crypto history with the rest of the fallen altcoins.

This article originally appeared on GOBankingRates.com: Is the Shiba Inu Coin the Cryptocurrency You Should Be Watching?

Must-Haves Of A Marketing Strategy For The Steel Industry

Sun Oct 3 , 2021
Raw material availability is a cornerstone of the U.S. industrial sector, and clearly vital to its growth. Steel continues to be a top product sourced by suppliers. Here are some basic marketing strategy must-haves to grow your steel industry business and tap into more market share. 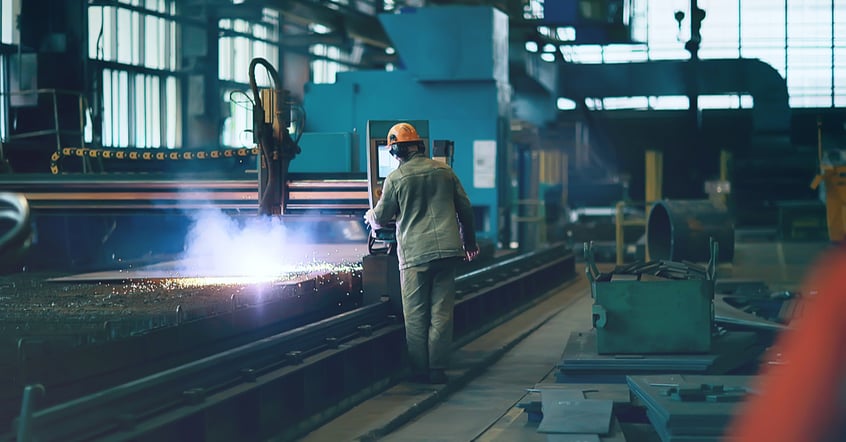