U.S. employers added back far more jobs than expected in January even as Omicron cases surged at the beginning of the new year.

The Labor Department released its January jobs report Friday at 8:30 a.m. ET. Here were the main metrics from the print, compared to consensus estimates compiled by Bloomberg:

The January jobs report marks the first to reflect a fuller impact from the Omicron variant. The highly contagious variant first discovered in the U.S. in late November had only just begun to spread by the time of the December jobs report survey period. Around the time of the January survey period in the middle of the month, new daily COVID-19 cases in the U.S. had soared to a record.

Still, job growth held up much more robustly than expected at the start of the year. Plus, payrolls gains for December were sharply upwardly revised, further pointing to momentum in the labor market heading into the new year. Non-farm payrolls grew by 510,000 in December, the Labor Department said in its revision on Friday, or well above the 199,000 previously reported last month.

And the renewed jump in COVID-19 cases was expected to weigh especially heavily on the high-contact services sector, which has remained exceptionally vulnerable to rising infections levels. Yet job growth in leisure and hospitality industries remained positive for January, with payrolls rising by 151,000 compared to the 163,000 brought back in December. Retail trade payrolls accelerated to see a rise of more than 60,000 jobs in January from the 40,100 in December.

Heading into Friday’s report, estimates for the headline January print on non-farm payrolls ran the gamut as top Wall Street economists attempted to predict the latest virus-related speed bump to the labor market’s recovery. But the ultimate outcome from the January jobs report exceeded even the highest estimate. At the high end, several economists polled by Bloomberg expected 250,000 jobs to return in January. However, a number of pundits also saw job growth turning negative for the first time since December 2020, with at least one economist forecasting a drop of 400,000 payrolls for January.

But many also pointed out that the latest jobs report would serve as an imperfect indicator of the underlying strength in the labor market due to Omicron-related disruptions. The Labor Department counts individuals paid during the survey period, or the week including the 12th of the month, as employed for the headline payrolls figure. Those on unpaid leave due to illness or otherwise, however, are excluded from the headline payrolls count.

“The 467,000 gain in non-farm payrolls in January is even stronger than it looks, as it came despite the spike in absenteeism driven by the Omicron virus wave and was accompanied by significant upward revisions to the gains over the preceding couple of months,” Andrew Hunter, senior U.S. economist for Capital Economics, said in a note on Friday. “The headline gain appears to make a mockery of our fears that Omicron would weigh heavily on the payrolls figures, with leisure and hospitality employment rising by a solid 151,000. Despite millions of workers having to self-isolate, there were also strong gains in professional and business services, retail and transportation and warehousing.”

Other metrics in the latest jobs report also held up as strongly or more strongly than expected. Though the unemployment rate edged up to 4.0%, it remained only slightly above the pandemic-era low of 3.9% from December, which had been the lowest since February 2020. And the labor force participation rate unexpectedly improved to 62.2%, or the greatest level since March 2020, in a sign that more individuals were returning to the workforce from the sidelines.

For investors, the latest jobs report also serves as another datapoint suggesting whether the economy has maintained enough momentum to warrant less support from monetary policymakers.

With inflation running at the fastest rate in four decades and the unemployment rate hovering near pre-pandemic levels, the latest jobs report is unlikely to knock the Federal Reserve from its current, more hawkish direction.

“The labor market has made remarkable progress and by many measures is very strong,” Federal Reserve Chair Jerome Powell said during a press conference on Jan. 26. Though he acknowledged the current wave of the virus may weigh on labor force participation in the near-term, he added that, “Over time there are good reasons to expect some further improvements in participation and employment.”

Fed officials have so far signaled that they are likely to begin raising interest rates at the close of their March policy-setting meeting, with a number of additional rate hikes to come over the balance of the year. They have also signaled they would eventually begin quantitative tightening, rolling off the nearly $9 trillion in assets currently on the central bank’s balance sheet.

“The case for near-term tightening has just been further reinforced and, inevitably, there will be speculation around a potential 50bps move in March,” Seema Shah, chief strategist of Principal Global Investors, wrote in a note. “Yet, investors should really find comfort in the report. The economy is still hot and is strong enough to digest the policy tightening this year.”

Tue Feb 8 , 2022
Disclosure: Our goal is to feature products and services that we think you’ll find interesting and useful. If you purchase them, Entrepreneur may get a small share of the revenue from the sale from our commerce partners. Finance is a finicky business. Whether you’re trying to budget for your fiscal […] 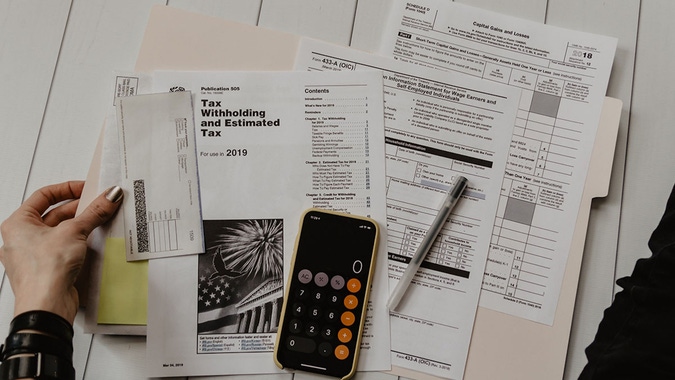