In the early hours of February 24th, Russia initiated a full-scale invasion of Ukraine, much to the dismay of the international community.

Our Suffolk University/USA TODAY national poll of registered voters – taken just before the invasion began – suggests that the crisis in Ukraine could also be either a distraction from economic pessimism at home or the final proverbial “nail in the coffin” for the Biden Presidency and Democrats running in the 2022 midterms.

According to the Suffolk/USA TODAY poll, more voters are pessimistic on the state of the U.S. economy today than they have been in the last 6 years. When voters were asked to describe the U.S. economy as either in “economic recovery”, “stagnation”, “recession”, or “depression”, a majority of respondents (51%) believe the United States is in a recession or depression.

This poll marks the first time a majority is negative on the U.S. economy in the last 18 Suffolk University/USA TODAY national polls, dating back to before the election of Donald Trump in 2016.

The poll signals a marked negative shift in perceptions of the economy.

From the tail end of the Obama presidency through the Trump presidency, more respondents answered “economic recovery” than any other choice in 12 consecutive Suffolk/USA TODAY national polls. But since 2020, the number one choice has rotated from “economic recovery” to “stagnation” and now to “recession.” One wonders if “depression” will be the #1 response not so far in the future.

Even more of a concern for Biden and Congressional Democrats is that the combined “recession” and “depression” responses were higher among some important demographics.

Though the most recent annualized real GDP growth rate was an impressive 7%, signs of economic trouble on Main Street are hard to ignore.

In President Obama’s last year as president, the average price of gas was $1.87 per gallon. As of last week, gas was $3.62. An annualized inflation rate of 7.2% as of last month means that grocery bills are skyrocketing, real wages are being squeezed, and businesses are passing on higher costs to cash-strapped customers.

More:After bruising setbacks, can Democrats convince women to show up to the polls during the midterms?

Sure, views of the economy split along partisan lines, but Independents break the tie per usual.

Furthermore, it doesn’t look like Russia’s invasion and the resulting sanctions and other punishments taken by the West will improve the U.S. economy. Oil and natural gas prices have already skyrocketed and made the economic outlook for households worse.

As he faces Russian aggression and the upcoming State of the Union address, President Biden will speak to an unhappy public.

According to the Suffolk/USA TODAY poll, 57% of voters disapprove of his job performance and 58% disapprove of his handling of the economy. When asked if Biden is a “strong leader”– something we would presumably want during a foreign policy crisis – almost two-thirds of registered voters (63%) say he is not a strong leader.

Even before the invasion, 65% of registered voters say the country is already on the wrong track. That’s a lot of minds and hearts to change.

But Joe Biden has proven he can rise from the ashes.

In 2020, he finished dismally in the first three Democratic political tests: in the Iowa Caucus, fourth place behind Bernie Sanders, Pete Buttigieg, and Elizabeth Warren; in the New Hampshire Primary, fifth place; in the Nevada Caucus, he lost to Sanders by 27%. On February 28, 2020 he changed his fate by winning big in the South Carolina Primary, which set the stage for a Super Tuesday sweep. The rest is history.

Today, seemingly down and out, President Biden has some time to turn things around before 2024, but with the midterm elections nine months away, time is short.

A lot is riding on this speech, not only on how he responds to Russia but also to deliver a real economic plan to instill confidence in the electorate. The careers of so many politicians on both sides of the aisle hang in the balance.

These are the moments that make or break presidents and, once again, Joe Biden is now the underdog.

Wed Mar 2 , 2022
Stocks extended losses on Wednesday after a steep sell-off during Tuesday’s trading day, which pushed the S&P 500 and Dow to their lowest settlements so far of 2022. [Click here to read what’s moving markets heading into Thursday, Feb. 24] The S&P 500 wiped out early advances to trade sharply […] 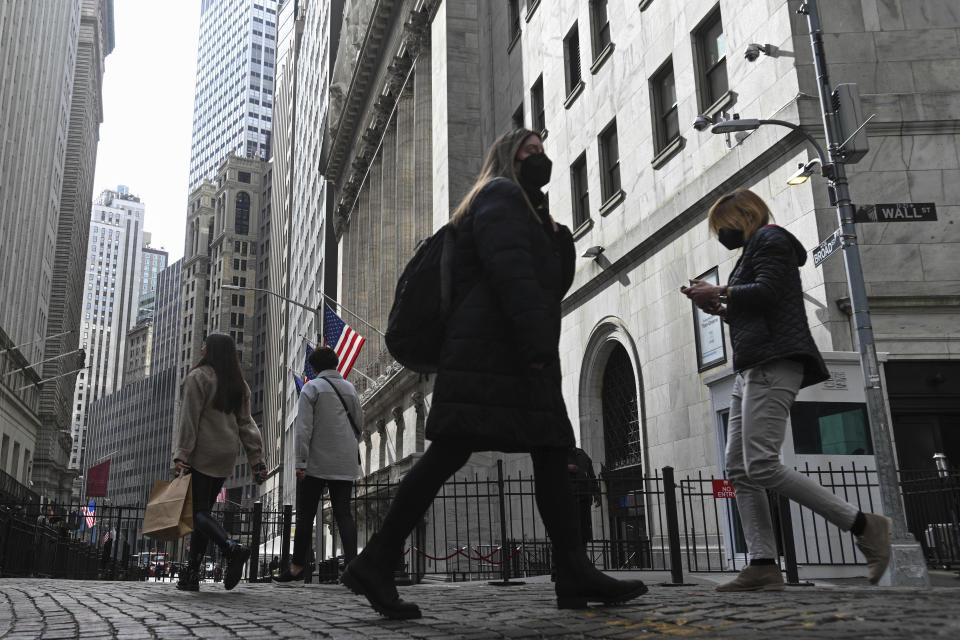