Russia’s central bank has proposed outlawing all cryptocurrency operations in the country, one of the world’s biggest centres for mining digital tokens.

Under the draft proposals, Russia would ban all cryptocurrency issuance and operations, stop banks from investing in cryptocurrencies, block exchanging crypto for traditional currency, and introduce legal liability for using crypto in purchases.

In a 36-page report published on Thursday, the central bank said: “The breakneck growth and market value of cryptocurrency is defined primarily by speculative demand for future growth, which creates bubbles.”

“Cryptocurrencies also have aspects of financial pyramids, because their price growth is largely supported by demand from new entrants to the market,” it added.

The proposal comes after a senior EU financial regulator told the Financial Times that the bloc should ban the mining method used to produce most new bitcoin, an energy intensive practice referred to as “proof-of-work”.

Elizaveta Danilova, head of the central bank’s financial stability department, said that Russians would still be allowed to own cryptocurrencies abroad but warned that regulators would track their holdings.

“We consider it very important to ban using Russian financial infrastructure to obtain cryptocurrency. We think this will help remove a significant part of the risks and ensure that cryptocurrency won’t be so popular,” she said, according to Interfax.

The announcement did not appear to knock the price of bitcoin, which was up 1.8 per cent against the dollar on Thursday. After China declared all cryptocurrency activities illegal last September, the currency plunged but recovered a few days later.

“There are big risks of cryptocurrencies being used for money laundering and illegal operations, and we’ve spent a lot of effort on clearing the financial system of illegal and dubious operations,” she said in an interview with the FT last year. “A significant number of the bank licenses we revoked were because they were doing dubious things like this.”

“We already defeated this problem and we don’t want to let it in through the back door.”

In its report, Russia’s central bank said crypto would increase already hot inflation by “limiting the sovereignty of monetary policy” and warned that it could be used “to service illegal activity”.

Russians made about $5bn in cryptocurrency transactions last year, according to the central bank.

Russia also developed a thriving mining industry after China last year outlawed the practice. Cheap electricity prices and cold temperatures in eastern Siberia have been a boon to mining companies, which rely on vast data centres filled with fast computers. Russia’s share of bitcoin mining rose to 11 per cent last year from 6.8 per cent in 2020.

Russia is the third largest cryptocurrency mining country, according to data from the Cambridge Centre for alternative finance, after the US and Kazakhstan. Huobi, one of the largest trading venues by volumes, said in September that Russian users account for 10 per cent of the company’s cash trading.

For the latest news and views on fintech from the FT’s network of correspondents around the world, sign up to our weekly newsletter #fintechFT

But the Russian central bank said mining could potentially damage Moscow’s attempts to decarbonize its natural resource-intensive economy and pose risks to the country’s energy supply.

In October last year, Russia’s energy ministry said was considering the introduction of tariffs on cryptocurrency miners, following a large uptick in the energy usage in regions such as Irkutsk in the months after China’s ban.

Irkutsk’s governor warned the cabinet of an “avalanche-like spike in energy consumption” from the influx of miners, but later said mining should be classified as “entrepreneurial activity.” 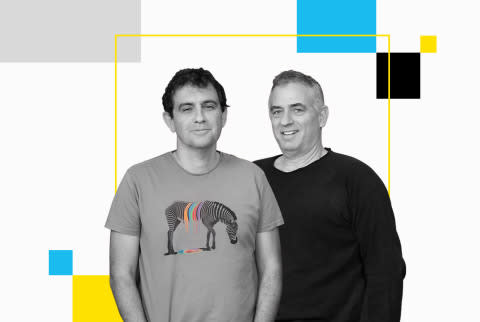