Snap lost a quarter of its value in after-hours trade on Thursday as the social media group posted a bleak outlook for its fourth quarter, blaming Apple’s recent privacy changes.

The Snapchat parent warned that revenues in the forthcoming quarter would be between $1.16bn and $1.2bn, well below the current consensus estimate of $1.4bn, according to S&P Capital IQ.

Evan Spiegel, Snap chief executive, said that since Apple introduced a new privacy policy between April and June, it had become difficult for advertisers to understand campaign performance, dragging on revenues.

The rules, which Spiegel said have “upended” the industry, require apps on Apple’s App Store to get explicit permission from users to track them for advertising purposes.

On a call with investors, Spiegel said rebuilding ad infrastructure was a priority but he couldn’t say exactly how long it would take to adjust to Apple’s privacy paradigm.

“This has definitely been a frustrating setback for us,” he said. “But I think over the long term these privacy changes, and protecting privacy for users of iOS . . . is something that we fully support.”

He added: “We’ve certainly seen some early signs of success but it’s going to take a little while . . . The underlying performance of the advertising platform is still very strong.”

Snap also posted a 57 per cent rise in revenues to $1.07bn in the three months to the end of September, falling $3m short of its previous revenue guidance. Net losses shrunk 64 per cent to $72m in the quarter.

Snap, whose shares were up 52 per cent this year at Thursday’s market close, lost close to 24 per cent of their value within minutes of the announcement in after-hours trading, wiping $28.5bn from its market value.*

Meanwhile, shares of Facebook, which reports earnings on Monday, fell 4.5 per cent after-hours. Other “super publishers” reported smaller after-hours declines: Alphabet shares were down 2.8 per cent, Pinterest lost 2.9 per cent and Roku was off 3.2 per cent. 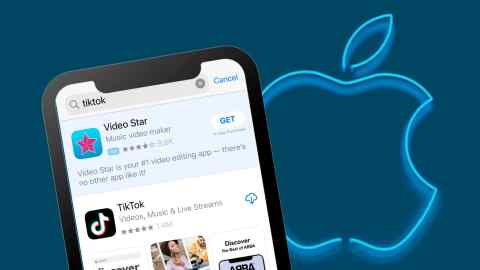 “Snap succumbed to the same forces that are wracking the entirety of the mobile advertising ecosystem, which have been catalysed by Apple’s privacy policy,” said Eric Seufert, a mobile ad technology consultant. “It seems likely that Facebook will report similar business frictions on Monday.”

Apple’s changes mean that advertisers no longer receive real-time, granular information on how their ads are performing, and instead have to wait 72 hours for aggregate data.

Some observers worried that the impact of the changes would be “apocalyptic”, while others were optimistic that they would have a more moderate effect.

Nevertheless, some advertisers are throwing more money at “safe haven” services that still offer granular data, such as Android and Apple Search Ads.

Facebook said last month that it had become “harder to measure [the effectiveness of ad] campaigns on our platform” and estimated it was “under-reporting iOS web conversions by approximately 15 per cent”.