Stocks gained Monday as traders shook off a months’ worth of equity market volatility and looked ahead to another packed week of corporate earnings results and economic data.

The S&P 500, Dow and Nasdaq each extended gains into the close. The S&P 500 added nearly 2%, building on Friday’s advances. The Nasdaq also jumped by more than 3% a back-to-back session, and posted its best single-day gain of 2022 yet. Treasury yields edged slightly higher on the long end of the curve, with the benchmark 10-year yield hovering 1.8%. U.S. crude oil prices also added to recent gains after rising for a sixth straight week.

January marked a volatile month of trading for U.S. stocks, as investors in risk assets considered the implications of the Federal Reserve’s signals to unleash more aggressive policies to help bring down soaring inflation. Goldman Sachs economists said over the weekend they now expect the Fed will raise rates by a quarter-point five times this year, versus the four hikes the firm saw previously. The prediction echoes the path seen by other major banks including Bank of America, which now sees seven rate hikes, and JPMorgan, which expects five.

Whether the Fed is able to raise interest rates and otherwise adjust its policies to bring down inflation without negatively impacting economic growth and corporate profits remains a key question, however.

“No central bank wants to kill the economy in order to bring inflation down,” Kathy Jones, Charles Schwab chief fixed income strategist, told Yahoo Finance Live on Friday. Jones said she still expects three interest rate hikes this year, matching the Fed’s signaling from December. “Right now, I think there is a risk that they move too far too fast and overestimate the strength of the economy and the run in inflation that we’re seeing. I think that’s probably a greater risk than they move too slowly and allow inflation to get even further ahead of them.”

With prospects of higher interest rates and tighter financial conditions looming, stocks have traded choppily over the past month. This has especially been the case for technology companies valued heavily on expected future earnings, which would be pressured by higher rates. The Nasdaq Composite shed about 9% in January. The S&P 500 dropped more than 5% in its worst month since March 2020. On a sector basis, the consumer discretionary, real estate and information technology sectors underperformed, while the energy sector soared by 19% in January to far outperform the broader market. The Dow declined by more than 3%.

Fresh catalysts for the market and individual stocks are set to come this week with another packed slate of corporate earnings results due for release. Mega-cap technology companies including Alphabet (GOOG), Amazon (AMZN) and Meta Platforms (FB) are each set to report quarterly results, alongside other closely watched names including AMD (AMD), Snap (SNAP), Wynn Resorts (WYNN) and Merck (MRK). And these will also come during a busy week of new economic data, including the monthly jobs report from the Labor Department.

As of Friday, the expected earnings growth rate for the S&P 500 was at 24.3%, based on actual results from companies that had reported so far and projected results for those reporting later, according to FactSet. If this rate comes in as expected, it would mark the fourth consecutive quarter that S&P 500 earnings growth topped 20%.

The three major stock indexes traded in positive territory on Monday and looked to close out a volatile month on a high note.

The Nasdaq Composite gained more than 2% intraday. The S&P 500 added more than 1%, as the consumer discretionary, information technology and communication services sectors outperformed. All 11 major sectors in the index were also higher during the session.

Shares of pharmaceutical company Moderna (MRNA) jumped intraday on Monday after the company received full approval for its COVID-19 vaccine from the U.S. Food and Drug Administration.

The stock rose more than 3% just before noon in New York. Previously, Moderna’s COVID-19 vaccine was available in the U.S. under Emergency Use Authorization since December 2020. The COVID-19 vaccine produced by Pfizer and BioNTech had been the first to receive full FDA approval in the U.S. in August 2021.

“This is a momentous milestone in Moderna’s history as it is our first product to achieve licensure in the U.S.,” Moderna CEO Stéphane Bancel said in a press statement. “The full licensure of Spikevax in the U.S. now joins that in Canada, Japan, the European Union, the UK, Israel, and other countries, where the adolescent indication is also approved. We are grateful to the U.S. FDA for their thorough review of our application. We are humbled by the role that Spikevax is playing to help end this pandemic.”

The software company Citrix Systems is set to be purchased by the investment firms Elliott Investment Management and Vista Equity Partners in a $16.5 billion leveraged buyout, the company announced Monday. This confirmed media reports over the past several weeks that such an agreement was under consideration.

Citrix shareholders are each set to receive $104.00 in cash per share as part of the deal. This total is 1.5% below the stock’s closing price from Friday, however.

With the deal, Citrix will be combined with Tibco Software, another company within Vista Equity Partners’ portfolio. This would result in a software firm serving 400,000 customers and 100 million users across 100 countries.

“The combined company will be positioned to provide complete, secure and optimized infrastructure for enterprise application and desktop delivery and data management to advance hybrid cloud IT strategies and meet the needs of the modern enterprise,” Citrix Systems said in its press statement.

Here’s where stocks were trading just after the opening bell Monday morning:

Here’s where stocks were trading before the opening bell Monday morning:

Crypto's 'Tornado Cash' fans money laundering fears, may be 'tip of the iceberg'

Wed Feb 2 , 2022
On January 17th, with cryptocurrency prices being widely routed by risk aversion, Crypto.com flagged a “security incident” that caused the operation to freeze withdrawals.  Days later, the Singapore-based exchange announced that hackers had stolen at least $15 million worth of Ethereum (ETH) tokens — and potentially as much as $33 […] 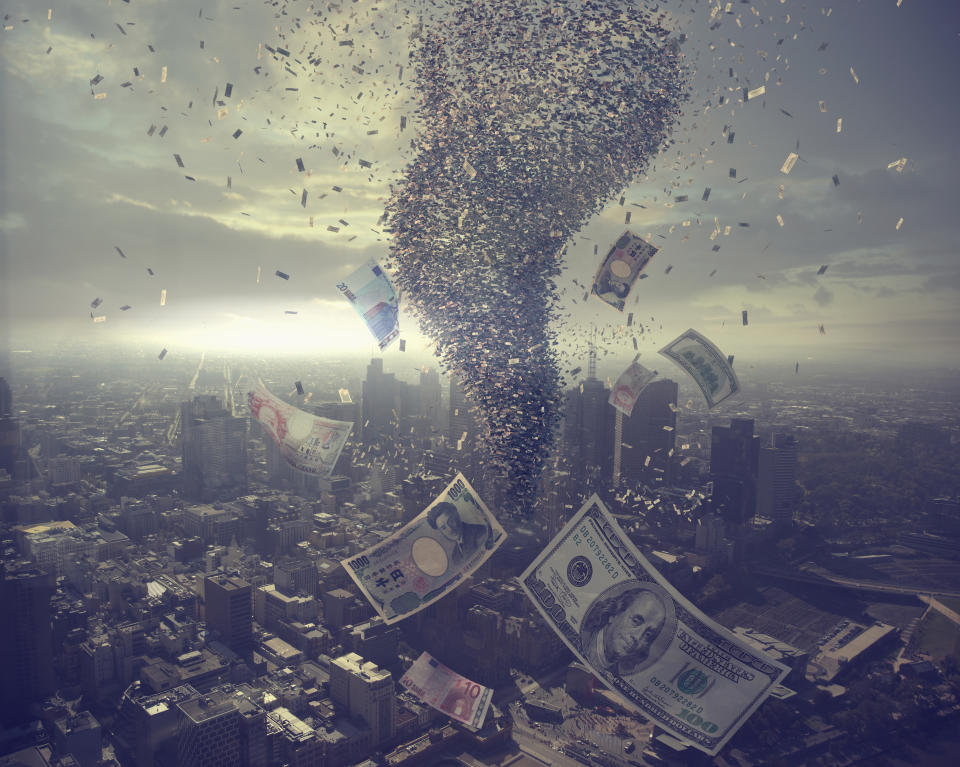