As the EU’s biggest economies bounce back from the coronavirus crisis, one lags far behind: Spain.

The country, the worst hit in Europe by the economic impact of the crisis last year, is making much less progress than other eurozone members in regaining pre-pandemic levels of output.

“Right now there’s cause for concern,” said Alicia Coronil, chief economist at Singular Bank, a Madrid-based private bank. “Compared with the eurozone average, the economy shrunk more last year, inflation is higher [at a three decade peak of 5.5 per cent] and growth is slower.”

As of the end of the third quarter, Italy’s gross domestic product was 1.4 per cent below its end-2019 level. Germany narrowed the gap to 1.1 per cent and France to a mere 0.1 per cent. But in Spain the gap is more of a gulf. Its GDP remains 6.6 per cent below pre-pandemic levels. The economy has only just returned to its size in 2016.

Pablo Casado, the leader of the country’s centre-right People’s party, accuses the leftwing government of having overseen “the worst recovery in the developed world”.

After 18 months in which countries’ economic performance closely tracked their struggles with the pandemic, the Spanish experience represents a decoupling of sorts. Spain has some of Europe’s lowest infection rates, but that does not appear to be providing an economic boost relative to its neighbours.

“The recovery has been delayed compared with other countries and compared with what was expected,” said Raymond Torres, chief economist at Spain’s savings bank foundation.

He cites three factors — faltering household consumption; rising energy prices that have contributed heavily to inflation; and a delay in the use of the EU’s €800bn recovery fund. Spain is one of the fund’s main beneficiaries, with €140bn of grants and loans over the next six years.

The bigger question is how the delays may damage the country’s longer term prospects.

Torres said Spanish households had proved reluctant to spend the €55bn in savings he estimated they built up in the pandemic. He links that nervousness to a sense of precariousness in the workforce — about a quarter of jobs are temporary — and the impact of energy prices. Even before recent record highs, Spaniards spent proportionally much more than elsewhere in Europe on electricity — an average of more than 8 per cent of net disposable income in 2019.

Antoni Cañete, the head of Pimec, Catalonia’s small and medium business association, also highlights the impact on growth of the supply chain crisis on sectors such as Spain’s crucial auto industry, and problems with the tourist season, which started poorly, although it rallied in late summer.

Torres adds that delays to the EU funds may have held back not just government but also private sector investment, which has remained weak, while domestic consumption edged down in the third quarter.

Many corporate leaders want to move ahead with showpiece projects, but privately complain about the slow release of funds — which is partly because of talks between Madrid and Brussels over state aid and partly reflects the complexities of putting many projects out to tender.

According to a recent report by AIReF, Spain’s fiscal watchdog, the government had access to almost €5bn of the recovery funds by the end of August — covering the latest data available — but had only spent €104m. While economists agree that the funds are better spent well than quickly, the watchdog said the delay would slow their impact on growth.

Such factors have hit expectations for recovery. Just over a year ago, the government forecast that the economy would expand in 2021 by 9.8 per cent — including a 2.6 per cent rise brought about by the recovery funds.

But Madrid’s forecast for 2021 has come down to 6.5 per cent — and the consensus today is that growth will be even lower. Third-quarter growth was below expectations and second-quarter figures were revised downward from an estimate of 2.8 per cent to just 1.1 per cent. AIReF now expects growth this year of 5.5 per cent — making up less than half the damage of 2020.

The government insists the recovery is strong and not necessarily captured by GDP figures that have not yet been finalised. The number of people paying social security — the most commonly used gauge of the labour market — reached an all-time high of almost 20m last month. For the first time in 46 years, unemployment did not increase in October, traditionally a difficult month for the country’s highly seasonal economy.

“These figures are very encouraging,” Isabel Rodríguez, the government’s spokeswoman, said this month. “All the indicators signal that the economy is growing.”

Some observers say that for decades Spain’s economy has lagged behind the rest of Europe in the economic cycle and that its swings are more violent, with bigger rises and steeper falls.

Indeed that in part is the concern of economists such as Coronil and Torres. Next year the main drivers of the economy — private consumption, investment, EU funds and tourism — could all speed up. With energy costs unlikely to subside, and inflation already high, that may add to the price pressure.

It is a preoccupation shared by business. “There are lots of little things that are holding back growth,” said Cañete of the Catalan small business association. “But what is worse is that inflation is getting higher and we could lose competitiveness . . . That is the big worry we have.”

Sat Nov 13 , 2021
Pavlo Gonchar/SOPA Images/LightRocket via Getty Images Mastercard has launched crypto-linked payments cards that will allow holders to instantly convert their digital assets into fiat. The cards seek to remove barriers between merchants who do not accept digital assets and customers who want to pay in crypto. The partnership is with […] 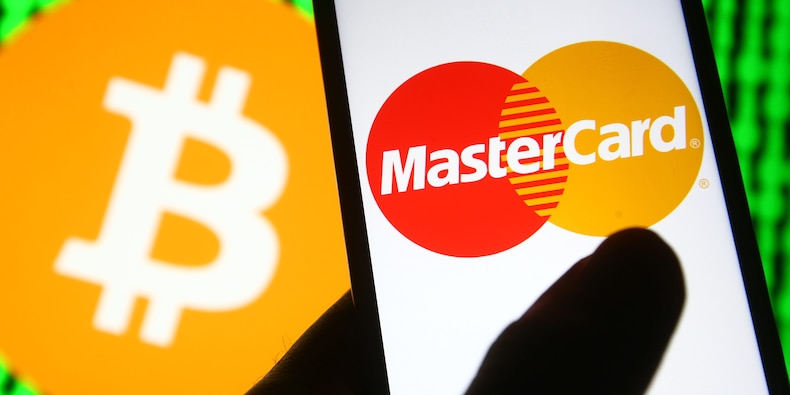