Stock market futures are on the rise early on Wednesday morning. This came after China’s Evergrande said it would make its interest payment on schedule, offering some relief to the jittery markets. Some investors are also expecting the Chinese government to step in to mitigate potential spillover effects that could weigh on global economic recovery. For example, the short-term cash injection from China’s central bank has helped soothe the nerves of the stock market. While there has been speculation that this could be China’s ‘Lehman moment’, many experts believe the comparison is unjustified.

“There’s been a fair bit of concern about the possibility of contagion,” analysts at New York-based Bespoke wrote in a research note on Tuesday. “But so far that concern isn’t showing up in parts of the credit markets that have served well as red flags for broader credit crunches in the past.”

Investors are also awaiting an update to the Fed’s monetary policy and economic projections. Jerome Powell is expected to speak to the media at 2.30 p.m. ET today. Investors could expect the Fed to lay the groundwork for a near-term announcement and when the tapering would take place. Recall that Powell previously said it could begin as soon as this year. But some investors are now speculating that it won’t happen this soon. As of 6:45 a.m. ET, the Dow, S&P 500, and Nasdaq are up by 0.64%, 0.58%, and 0.34% respectively.

Marin Software (NASDAQ: MRIN) stock is spiking higher in pre-market trading today. This came after the announcement that the company entered into a revenue share agreement with Alphabet (NASDAQ: GOOGL) to develop its enterprise tech platform and software products. The revenue share agreement will take effect on October 1. For some context, the company provides marketing software to advertising agencies. Its MarinOne product is an e-commerce advertising platform, and its Marin Search is for managing advertising campaigns. 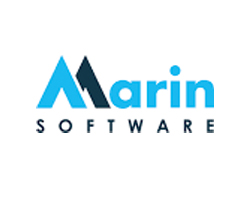 Last month, the company revealed that its system is now integrated into Criteo’s Commerce Media Platform. Essentially, that opens up the option of wider use of the company’s MarinOne platform.

Chris Lien, CEO of Marin Software, is also highly optimistic about the news. In his own words, “Commerce media is one of the most exciting and fastest-growing areas of digital marketing. With this integration, we can tap into Criteo’s commerce data and intelligence to further our mission of providing advertisers with seamless access to customers across their customer journey, from the top of the funnel to the point of purchase.”

Adobe’s (NASDAQ: ADBE) fiscal third-quarter earnings and sales beat expectations, but the results weren’t enough to lift ADBE stock in the extended trading. From its quarterly report, revenue came in 22% higher year-over-year to $3.94 billion. In fact, it was a quarterly sales record for Adobe, topping Wall Street’s consensus estimate of $3.89 billion, according to FactSet.

On top of that, Chief Executive Officer Shantanu Narayen also pitched new creative software tools to continue Adobe’s steady 20% revenue growth. As part of that effort, Adobe said last month it would acquire Frame.io, a startup that makes video collaboration software, for $1.3 billion. By and large, the current tailwinds behind Adobe’s core offerings persist along with the pandemic. With all this in mind, the real question is whether or not Adobe can maintain its current momentum.

On Monday, Wells Fargo (NYSE: WFC) reiterated its Overweight rating on ADBE stock ahead of its earnings call. The firm even hailed Adobe as “one of the crown jewels of software”, citing solid core positioning and industry tailwinds as major growth factors. Wells Fargo recommends Adobe “as a long-term core holding in any large-cap tech portfolio“. Last week, the company also announced a partnership with PayPal (NASDAQ: PYPL). This partnership aims to add more payment services to its e-commerce platform. Thus, merchants will be able to accept credit cards and other ways of paying. Considering all these, would the current dip in ADBE stock present an opportunity for bargain hunters?

Gone were the days when BlackBerry (NYSE: BB) tops the global smartphone market. But that doesn’t keep investors away from investing in this well-respected software security company. The company is set to report its earnings after the stock market closes today. Naturally, a lot of the attention will be on BlackBerry stock today. Many investors and analysts are highly bullish on the company’s untapped potential in the cybersecurity space. If you have been following Reddit’s chatter, you would also know that’s a meme stock that gets speculated on by investors. 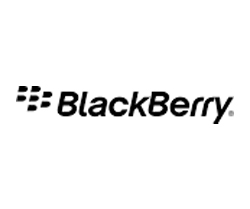 The company provides intelligent security software and services to enterprises and governments around the world. As you may be aware, Microsoft (NASDAQ: MSFT) participated in a meeting at the White House last month regarding the need to address cybersecurity threats as a country. With BlackBerry as a partner, a lot of focus will be on BB stock moving forward.

Other positive catalysts include the increased proliferation of BlackBerry’s systems in China’s automotive space. On August 26, the company announced that Chinese carmaker Great Wall Motors would use an advanced digital cockpit controller platform developed by BlackBerry and its partner Nobo. If anything, it shows that BlackBerry and its partner continue to be making progress in the huge Chinese auto market. With all that in mind, is BB stock a buy ahead of its earnings report?

Other Notable Earnings On Tap Today

Not to mention, several other major companies are looking to report their earnings today. For those looking to jump on some pre-market earnings action, we have General Mills (NYSE: GIS) and Gaotu Techedu (NYSE: GOTU) on tap.

Alternatively, in case you are keener on earnings after the closing bell, there is a good mix of names to consider as well. Namely, Blackberry, KB Home (NYSE: KBH), and H.B. Fuller (NYSE: FUL) among others would be in focus. Whether you are anticipating the Fed’s announcement or keeping up with earnings, one thing remains. There is no shortage of exciting news to note in the stock market now.

Sun Sep 26 , 2021
Bitcoin (BTC-USD) may actually benefit from China’s recent decision to ban all cryptocurrency transactions, according to Ross Gerber, Gerber Kawasaki Wealth & Investment Management CEO. “This is great news for bitcoin,” Gerber said. “The last thing we want is China [to be] involved in a currency of the world.” The […]