U.S. stock futures are edging higher in early morning trading on Wednesday. Investors are closely watching the movement of stock market futures. This came after higher bond yields prompted some of the biggest losses in months. For context, that was partly in response to Jerome Powell telling the Senate Banking Committee that inflation could persist longer than expected. Janet Yellen’s comments that a government default is likely should there be no debt limit hike by October 18 may also have contributed to further pessimism.

“Some may believe that sentiment has become too ebullient which contrarians believe sets the stage for a market pullback like we’re seeing today,” said Brian Price, head of investment management for Commonwealth Financial Network. “If interest rate increases moderate from here on the back of declining inflation expectations, then it wouldn’t surprise me to see the market resume its march higher as we move into the fourth quarter.”

Meanwhile, Affirm (NASDAQ: AFRM) announced that it will debut crypto and debit products in the push toward becoming a “super app”, akin to China’s Alipay or WeChat. Investors will also be watching home sales data that’s due for release today. As of 7:07 a.m. ET, the Dow, S&P 500, and Nasdaq futures are trading higher by 0.51%, 0.60%, and 0.75% respectively.

Lucid Group (NASDAQ: LCID) is making major waves in the electric vehicle (EV) space now. That’s because the company has hit a big milestone this week. Production has begun at its new facility in Casa Grande, Arizona. Many EV start-ups including the likes of Fisker (NYSE: FSR) have yet to manufacture a single EV. And this week, Lucid kicked off its Production Preview Week to members of media and investor communities, policymakers, and its customers. During the event, some were also given the opportunity to test-drive its much-awaited luxury sedan, Lucid Air. 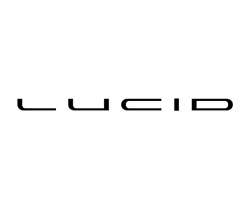 The luxury EV maker expects deliveries to begin in late October, with customers’ deliveries ramping up thereafter. The company has thus far received more than 13,000 reservations for Lucid Air. Lucid has also confirmed that its Air model meets all the applicable regulatory requirements from the EPA and U.S. Department of Transportation.

“The proprietary EV technology that Lucid has developed will make it possible to travel more miles using less battery energy. For example, our Lucid Air Grand Touring has an official EPA rating of 516 miles of range with a 112-kWh battery pack, giving it an industry-leading efficiency of 4.6 miles per kWh. Our technology will allow for increasingly lighter, more efficient, and less expensive EVs, and today represents a major step in our journey to expand the accessibility of more sustainable transportation,” said Peter Rawlinson, CEO and CTO, Lucid Group.

The largest U.S. chipmaker, Micron Technology (NASDAQ: MU) is ticking lower in pre-market trading today. That’s due to the weaker than expected forecasts amid expected declines in the pandemic-influenced price of memory chips. From its fiscal fourth-quarter earnings, revenue came in 36% higher year-over-year to $8.27 billion. Net income was $2.72 billion for the period ended September 2. However, Micron’s fiscal first-quarter guidance did not top analysts’ expectations. 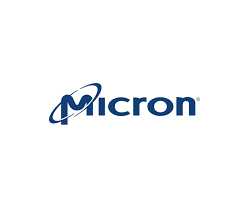 The dimmer projection suggests that slowing demand among PC makers is taking a toll on the company’s financial performance. After all, the memory chip industry can move in cycles, which makes earnings even harder to predict. But Micron Chief Executive Officer Sanjay Mehrotra said the slowing orders from PC makers is a short-term issue. He said that “PC is just one market but we have all of these other strong markets as well”. For instance, the automotive and industrial sector are also growing significantly. Besides, data centers have already overtaken PCs to become the biggest user of its memory and storage solutions.

“We still feel demand outside of PC remains healthy, and we don’t think the DRAM industry has built excess supply, which is the most important factor in maintaining a bullish view,” Raymond James analysts wrote in a preview Monday morning, while dropping their price target on the stock to $100 from $120 but retaining a “strong buy” rating. “That said, we have seen the first signs that capacity spending has increased, and if that persists, it would cause us to become more cautious.”

Amazon (NASDAQ: AMZN) teamed up with Disney (NYSE: DIS) to unveil an “entirely new persona” called ‘Hey, Disney!’. Built on Amazon’s Alexa technology, the new Disney assistant will be available on your home Echo. It will also be available on Echo devices located in Walt Disney World Resort hotels. Essentially, the duo could make your Disney Resort stay even more magical.

According to Amazon, this voice assistant will give you access to interactive storytelling experiences and entertainment featuring Disney characters. Guests staying at Walt Disney World Resort hotels can use the voice assistance for questions such as the opening time of the park or the location of restaurants. They can also ask ‘Hey, Disney!’ for more blankets or fulfilling other special requests when you are staying at one of their resorts.

Meanwhile, Amazon has just announced its first robot, Astro. The almost knee-high robot was described by the tech group’s device chief Dave Limp as a “beautiful illustration” of advancements in artificial intelligence. And it’s not just Alexa on wheels. The robot can also help owners with home monitoring and for video calling. Last month, Tesla (NASDAQ: TSLA) unveiled the Tesla bot. Unlike Amazon’s Astro, the humanoid robot from Tesla was designed to help with physical tasks that might be unsafe for humans.

Aside from all this news, there are also earnings to keep track of today as well. For those interested in pre-market names, we have Jabil (NYSE: JBL), Cintas (NASDAQ: CTAS), and Enerpac Tool Group (NYSE: EPAC) on tap.

Alternatively, in case you are keener on earnings after the stock market closes, there is a good mix of names to watch as well. Namely, MillerKnoll (NASDAQ: MLHR), NovaGold Resources (NYSE: NG), and Landec (NASDAQ: LNDC) among others would be in focus. With all that in mind, whether you are keeping up with the news or following earnings reports, one fact remains. That is, things are as busy as ever in the stock market today.

Sun Oct 3 , 2021
This article was first featured in Yahoo Finance Tech, a weekly newsletter highlighting our original content on the industry. Get it sent directly to your inbox every Wednesday by 4 p.m. ET. Subscribe Instagram for kids is meant to lock them in as users for the long haul Facebook (FB) […]