Stocks fell Monday as investors eyed the escalating threat of Russian invasion in Ukraine alongside ongoing concerns over inflation and an aggressive move toward policy tightening by the Federal Reserve.

The S&P 500 came off session lows but still ended in the red to extend losses after last week’s roller-coaster sessions on Thursday and Friday. Treasury yields rose and the 10-year yield hovered back near 2%. The latest leg lower came after the Wall Street Journal reported the U.S. was closing its embassy in Kyiv and destroying networking and computer equipment, with concerns over a Russian military attack mounting.

Markets have been whipsawed in recent sessions by conflicting signals over the immediacy of a potential Russian invasion of Ukraine. Earlier, Russia’s Foreign Minister Sergey Lavrov said he was urging Russian President Vladimir Putin to continue diplomatic talks. This came less than a day after U.S. officials signaled Russia could be nearing the launch of an invasion of Ukraine as soon as this week. National Security adviser Jake Sullivan told CNN on Sunday that “a major military action could begin by Russia in Ukraine any day now,” though the U.S. was still hoping for a diplomatic resolution. And these remarks in turn came after President Joe Biden held a phone call with Vladimir Putin on Saturday warning that the U.S. and its allies would “impose swift and severe costs” on Russia in the event of a military attack in Ukraine.

Oil prices rose to build on gains after a recent run-up as Russia-Ukraine tensions remained in focus. West Texas intermediate crude oil futures (CL=F) jumped above $95 per barrel for the first time since 2014. U.S. crude prices have already jumped more than 20% for the year-to-date. Brent crude (BZ=F), the international standard, drifted above $95 per barrel. With oil prices elevated, the S&P 500 energy sector has far outperformed the other major S&P 500 sectors for the year-to-date, climbing more than 26% versus the broader market’s 7% drop.

Further upside in energy prices in response to the Russia and Ukraine conflict would depend on the timing of any attack and the contours of any U.S. response toward Russia, one of the world’s key oil exporters, some analysts noted.

“It all comes down to how much of their supply is actually impacted by an invasion, and that’s not entirely clear. There are estimates that are saying crude could go to $120 a barrel if we get an invasion,” Rebecca Babin, CIBC Private Wealth U.S. senior energy trader, told Yahoo Finance Live about Brent crude prices. “I say we top out at probably just around $100 because I do think that there will not be as strict of sanctions as the market fears because ultimately, that hurts the US and our allies almost as much as it hurts Russia.”

For equity markets, however, the geopolitical conflict may compound volatility already stirred up by investors jittery over the potential for the Fed to tighten monetary policy aggressively in the near-term. With inflation running at a 40-year high and the labor market on solid ground, investors are largely expecting the Fed to raise benchmark interest rates between five and seven times this year.

Conflict in Ukraine “could actually build the worst-case scenario for the Fed, in the sense that you could see energy prices move higher, [and] if you start to see gasoline prices go north of $4 per gallon, I think that could crimp consumer spending,” Larry Adam, Raymond James chief investment officer, told Yahoo Finance Live. “And then obviously, if energy prices go higher, that could lead to further inflationary pressures. And that could be a double-edged sword that the Fed could be challenged by.”

Later this week, investors are set to receive another batch of earnings results from companies including Airbnb (ABNB), DoorDash (DASH), Walmart (WMT) and Roku (ROKU). Economic data reports will include the Commerce Department’s January retail sales report, which is likely to show sales rebounded in January after dipping in December.

Shares of Peloton (PTON) dropped Monday after newly installed CEO Barry McCarthy suggested to the Financial Times that a near-term sale of the company was unlikely to occur.

McCarthy, who is moving to New York from California for his new role leading the connected fitness company, told the media outlet, “If I thought it was likely that the business was going to be acquired in the foreseeable future, I can’t imagine it would be a rational act to move across the country.”

The remarks follow weeks of speculation and separate reports that companies including Amazon and Nike were considering purchasing the company. Peloton shares have fallen 5.4% for the year-to-date and 78% over the past year.

10:51 a.m. ET: ‘We might have to get used to a protracted period of time where we have uncertainty around Russia’: Strategist

Markets have been whipsawed by emerging headlines around the Russia and Ukraine conflict in the past week — and investors may need to prepare for a more extended period of uncertainty about the geopolitical situation, according to at least one strategist.

“I think it’s a major concern. I don’t think we’re going to war any time soon. I think Russia is going to want to go ahead and essentially dance along with us,” David Tawil, ProChain Capital President, told Yahoo Finance Live on Monday. “And I think there’s the point where we might have to get used to a protracted period of time where we have uncertainty around Russia, around Ukraine, around a lot of commodities for those reasons. Much like COVID, we may have to go ahead and live with this for an extended period of time.”

“That will not be taken well by the markets in the short-term, but I think over the long-term, we will go ahead and digest that and go ahead and move on,” he added.

Prices for gas at the pump climbed to a fresh seven-year high, according to new data from AAA, in another sign of inflationary pressures hitting consumers’ wallets across the country.

The average price for a gallon of gas increased to $3.488 as of Monday, AAA said. According to Bloomberg historical data, this marked the highest level since August 2014. The rise has tracked an extended jump in crude oil prices, with energy supply concerns rising alongside mounting tensions between Russia and Ukraine.

Here were the main moves in markets just after the opening bell Monday morning:

Here were the main moves in markets as of Monday morning:

Thu Feb 17 , 2022
The semiconductor shortage roiling industries from automakers Ford and General Motors to industrial products maker 3M is unlikely to end in 2022, hints one of the foremost minds in the space. “There’s tremendous investment that’s happening across the semiconductor industry, whether you’re talking about on the wafer side or on […] 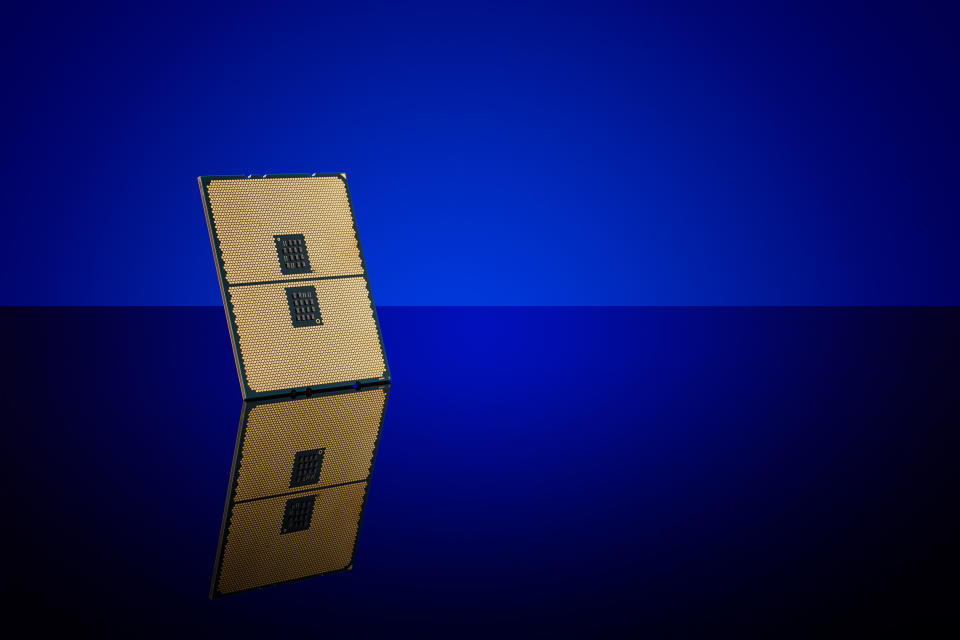