NEW YORK (AP) — Wall Street capped a turbulent week of trading Friday with a broad rally for stocks as relief flowed through the market, even as deadly attacks raged in Ukraine. Oil fell and investors turned away from gold and other traditional havens they favor when fear is high.

The S&P 500 climbed 2.2% and notched its first weekly gain in three weeks. The benchmark index was following up on a wild Thursday when it careened from a 2.6% loss to a gain of 1.5%. Stocks have swung sharply with uncertainty about how much Russia’s invasion will push up inflation, particularly oil and natural gas prices, and drag on the global economy.

Such big swings are likely to continue, with so much uncertainty not only about Ukraine but also about interest rates. The Federal Reserve is caught in a delicate dance where it has to raise interest rates enough to rein in high inflation but not so much as to cause a recession.

On Friday, at least, the mood was calmer. A measure of fear on Wall Street, which shows how worried traders are about upcoming swings in stock prices, fell 9%. Gold dropped 2% after rallying for weeks on worries about Russia and Ukraine. Treasury yields held relatively steady, signaling investors weren’t scrambling for safety as they had immediately after Russia’s invasion.

“The market acts emotionally when these things happen because it is so difficult to model,” said Mark Hackett, chief of investment research at Nationwide.

A U.S. government report showed that that inflation last month was roughly in line with economists’ expectations, though it was still high. It also showed the main engine of the U.S. economy, spending by consumers, strengthened by more than economists expected.

“Lost in a lot of focus on Russia, the Federal Reserve and inflation is the fact that the economy is in a fairly strong position,” Hackett said.

The economic reports could be enough to convince the Federal Reserve to hold off on raising short-term rates next month by double its usual increase, at least for now, said Brian Jacobsen, senior investment strategist at Allspring Global Investments. That’s something some Fed officials had suggested, and it’s something investors usually fear because higher rates put downward pressure on all kinds of investments. Whatever size it is, the rate increase would be the first since 2018.

All the renewed calm in global financial markets, though, was against the backdrop of Russia pressing its invasion of Ukraine to the outskirts of the capital Friday after unleashing airstrikes on cities and military bases and sending in troops and tanks from three sides in what amounts to the largest ground conflict in Europe since World War II.

Still, investors may have been encouraged by looking at how past geopolitical crises, including wars, have affected the stock market. Generally, stocks are initially put under pressure before conflict breaks out, but then they tend to recover between three and six months later, said Zachary Hill, head of portfolio management at Horizon Investments.

Hill said the turning point for the market this week came as investors judged the U.S. sanctions on Russia to be less severe than expected.

“The sanctions were not as bad as feared,” he said.

Prices for everything from stocks to Bitcoin have been swinging sharply with the uncertainty about Russia and Ukraine, but the market’s brightest spotlight has perhaps been on oil and natural gas. Russia is one of the world’s largest producers of both oil and gas, and European consumers are particularly reliant on it.

Oil prices fell on both sides of the Atlantic, a day after they briefly topped $100 per barrel amid worries that the conflict and upcoming sanctions could disrupt supplies. Benchmark U.S. crude slipped 1.3% to $91.59 per barrel. Brent crude, the international standard, fell 1.2% to $97.93.

When announcing sanctions on Russia that he described as tough on Thursday, President Joe Biden said that he will “do everything in my power to limit the pain the American people are feeling at the gas pump.” That led to some relief that sanctions were not as severe as they could have been, and the drop in oil prices helped to lift stocks.

“We’re not going to do anything which causes an unintended disruption to the flow of energy, as the global economic recovery is still underway,” Deputy National Economic Council Director Daleep Singh said Thursday.

Stocks also rose across much of Europe and Asia Friday, recovering some of their sharp losses from immediately after Russia’s invasion. London’s FTSE 100 gained 3.9% while France’s CAC 40 rose 3.6% and Germany’s DAX rose 3.7%.

Market players might be betting that the crisis could slow moves by central banks to cool inflation by raising interest rates and unwinding other support for pandemic-burdened economies, said Ipek Ozkardeskaya of Swissquote Bank SA.

“But in reality, it’s about volatility, high volatility that results from a high-voltage environment,” Ozkardeskaya wrote in a commentary. “It’s impossible to tell what direction the market will take in the next five minutes.”

Copyright 2022 The Associated Press. All rights reserved. This material may not be published, broadcast, rewritten or redistributed. 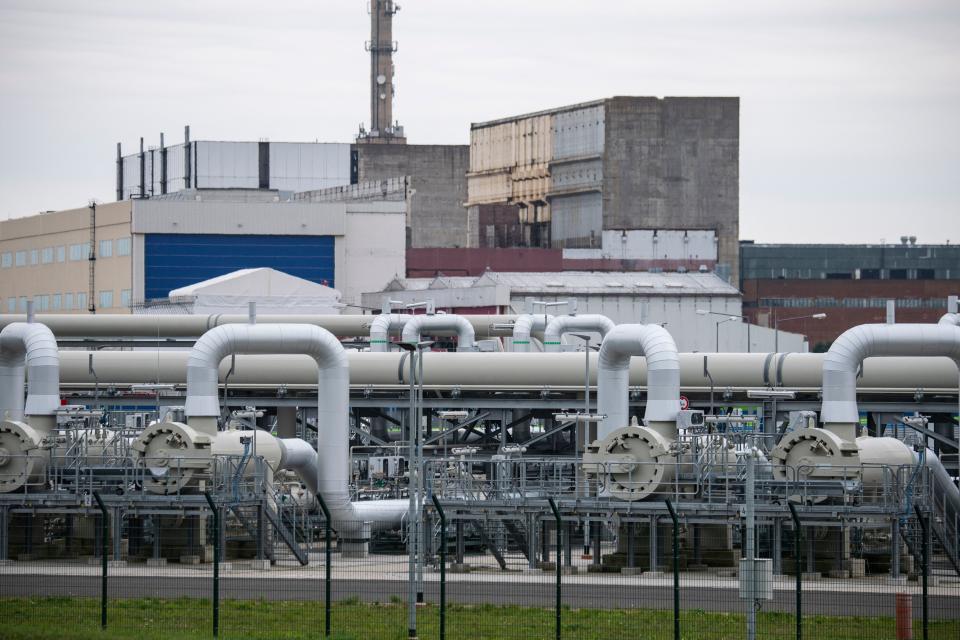