Sweden has sent hundreds of troops to reinforce a crucial island in the Baltic Sea as its defence minister warned that the Scandinavian country should not be naive and could be attacked.

An emergency contingency unit of Sweden’s armed forces landed on Gotland on Friday and Saturday by plane and passenger ferry, bringing troops and equipment to an island many have compared to an aircraft carrier in the middle of the Baltic Sea.

The deployment comes amid rising jitters in Nordic and Baltic countries about Russia’s intentions on its border with Ukraine, and how that could spill over to neighbouring countries. Swedish media noted at the weekend increased Russian naval activity in the Baltic Sea as troops were sent to Gotland.

“It is clear there is a risk. An attack against Sweden cannot be ruled out . . . It’s important to show we are not naive. Sweden will not be caught napping if something happens. It is important to send signals that we take this situation seriously,” defence minister Peter Hultqvist told radio station Ekot on Saturday.

Russia’s deployment of more than 100,000 troops to the Ukrainian border and its harsh diplomatic rhetoric has led Sweden and Finland, both militarily non-aligned, to stress that they retained the option to apply for Nato membership.

A majority in Sweden’s parliament is in favour of membership of the military alliance, but the ruling centre-left Social Democrats are not and without their support Sweden is unlikely to join.

Experts said that Sweden, which had no permanent military presence on Gotland from 2005 until 2016 as it decreased defence spending after the cold war, was forced to act so visibly owing to the relative weakness of its armed forces.

It took similar action in August 2020 sending over armoured vehicles alongside holidaymakers’ campervans on the ferry to the popular tourist island as Russia held a number of military exercises in the region.

Sweden has increased its defence spending significantly in recent years after a series of embarrassments including not being able to scramble jets as Russia simulated an attack on Stockholm as it was the Easter weekend, and searching unsuccessfully for a suspected Russian submarine in the archipelago outside the Swedish capital.

The three Baltic countries, which are members of Nato, had long urged Sweden to take the security of Gotland more seriously, and Swedish forces — together with a large contingent of US troops — held their biggest exercise for decades in 2017 including an attack on Gotland, which one US general called “an unsinkable aircraft carrier”.

Even as the extra troops arrived at the weekend, defence chiefs on Gotland tried to soothe the nerves of local residents. “I sleep rather well at night, and the risk of armed conflict is low,” said Mattias Ardin, head of the Gotland regiment.

Swedish media reported that a large unidentified drone had flown over Stockholm on Saturday, including over the royal palace. It came after police reported on Friday unidentified drones flying over at least one and possibly as many as four nuclear power plants. Police, who informed Sweden’s armed forces, said they viewed the possibly connected sightings at the nuclear plants as “extremely serious”.

Tue Jan 18 , 2022
Americans for Tax Reform President Grover Norquist slams Biden administration over its’ handling of inflation. Inflation is roaring, and King Dollar is snoring even as interest rates rise.  The dollar, which has dropped for three straight sessions, has been giving up gains seen after the Federal Reserve has signaled strong […] 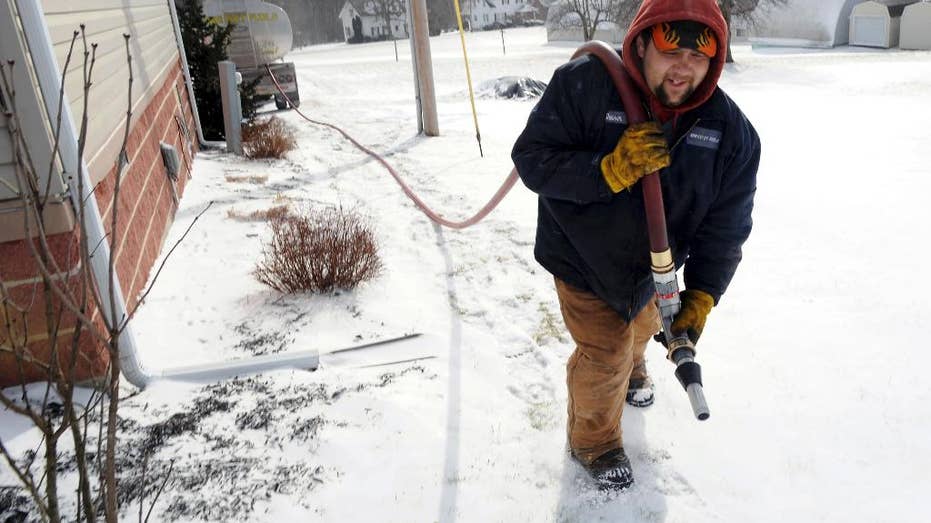