Markets will have a major lump to swallow if Russia president Vladimir Putin chooses to invade Ukraine in coming days, as President Biden said he expects.

“At this moment, I’m convinced he’s made the decision,” Biden said in a brief address from the White House on Feb. 18. When a reporter pressed on whether he expected Russia to invade, Biden said “yes.”

Geopolitical scares typically produce very short-lived market disruptions, with commodities and risk assets quick to recover. The standoff between Russia and Ukraine could be different. If Russia goes big, it could quickly subdue Kyiv, the nation’s capital, oust the democratically elected government and return the country to de facto Russian rule.

Ukraine is a former Soviet republic that has been independent since the USSR dissolved in 1991, and is increasingly aligned with the West. Putin wants to turn back the clock and restore some of the old USSR’s territorial and political dominance, and Ukraine is the main target.

If Russia invades, it could turn out to be a strategic mistake that mires Russia in years of guerrilla warfare and economic isolation. And an invasion could take many forms. The problem for markets is guessing which of many levers Putin will pull. A full invasion would convulse energy and commodity markets and probably trigger a sharp stock selloff, which markets are beginning to price in. But Putin could pull back at the last second and agitate just below the level of aggression likely to trigger U.S. and European sanctions. Here’s the outlook under four different scenarios:

A full invasion. Many analysts still think it’s unlikely Putin will send troops all the way to Kyiv, if only because it would provoke a damaging economic and perhaps military response by Europe and the United States. Yet this is also the biggest tail risk investors face from the standoff and the one that would cause the most damage.

If Russia takes over most or all of Ukraine, Europe and the United States will probably impose sanctions that restrict or completely block Russian exports of key commodities including aluminum, nickel, palladium, titanium, platinum and certain grains. These are important supply-chain products for U.S. and European producers, and losing an important source of world supply will push prices up. This would worsen inflation that is already at 40-year-highs in the United States and Europe.

Oil and natural gas markets will quake as well, because Russia is a top producer of each and Europe’s No. 1 source of natural gas. But a shutdown of Russian energy exports is unlikely. Europe is too dependent on Russian energy to boycott it or include oil and gas on a sanctions list. Russia needs the revenue from energy sales to sustain an otherwise stagnant economy, especially if it’s facing new sanctions while financing a major military operation.

Oil and gas prices would likely spike anyway, because the threat of a supply shock would be much more imminent. Many companies would probably put big investments on hold while waiting to gauge the outcome of the biggest military campaign in Europe since World War II. Money would flow out of risky assets into safer ones such as U.S. Treasury securities, pushing interest rates down and strengthening the dollar. Baumohl thinks an invasion would tip the European economy into a recession and slash U.S. GDP growth from the 3% range to the 1% range.

Capital Economics thinks a Russian invasion coupled with sanctions and surging energy prices would add about 2 percentage points to inflation in developed countries. That would probably hit Europe the most, but the United States already has inflation of 7.5%, and that would probably get worse.

The Federal Reserve and other central banks would face a conundrum: Inflation would be getting worse while the underlying economy was weakening instead of strengthening. That would complicate a recent pivot from looser economic policy with lower interest rates to tighter policy with higher rates, which is meant to combat inflation. The Fed might have to ease off rate hikes and risk higher inflation to stimulate a suddenly vulnerable economy.

If energy does become weaponized and Russian oil or gas shipments to Europe slow or cease, energy prices could skyrocket. But it will be a far worse problem for Europe than for the United States. About one-third of Europe’s natural gas comes from Russia, and European stocks are already low. A shutdown of Russian gas to Europe would send prices soaring and perhaps require rationing. Europe can buy more liquified natural gas from exporters such as the United States, Qatar and the United Arab Emirates, but not all countries are equipped for LNG imports and it couldn’t replace all the gas arriving from Russia via pipelines. The situation would be far less dire in the United States, which has plenty of gas to meet its own needs and would produce more if higher prices made it financially rewarding to do so.

A limited invasion. Putin could send troops into parts of eastern Ukraine he doesn’t already control, but stop short of marching on Kyiv. This would probably trigger strong U.S. sanctions, but it could divide European nations that depend to differing degrees on Russian energy. Oil and gas prices would probably still spike on fears of something worse happening, but they might fall back to normal levels more quickly than under a full invasion. The European economy would weaken but not enter recession. U.S. inflation might get worse temporarily, but if Russian troops stayed in eastern Ukraine and didn’t march on Kyiv, markets might shake off the move pretty quickly.

Non-military aggression. Russia could stop short of any traditional military invasion and harass Ukraine through cyberattacks, information warfare and possibly terrorism. While unpleasant for Ukraine, this would have minimal implications for financial markets if it didn’t cross the threshold triggering sanctions or include any threat to energy contracts.

A diplomatic solution. The likelihood of some agreement between Putin and the West seems to have faded, with Putin making demands he knows the West won’t meet and the White House signaling no progress. But diplomatic breakthroughs sometimes come at the last minute, when one or both sides has the most to lose. If a diplomatic agreement defuses the crisis, risk premiums in energy markets will deflate and prices will fall. Stock investors will have one less thing to worry about, leaving them free to fret about inflation. Central banks will have a clearer path to raising rates. Relief rally, anyone?

Editor’s note: This column was first published on Feb. 14 and updated with President Biden’s remarks on Feb. 18.

Rick Newman is a columnist and author of four books, including “Rebounders: How Winners Pivot from Setback to Success.” Follow him on Twitter: @rickjnewman. You can also send confidential tips.

What Is Explainable AI (XAI) and How Will It Improve Digital Marketing?

Mon Feb 21 , 2022
PHOTO: Adobe Stock Can your brand explain how its artificial intelligence (AI) applications work, and why they make the decisions they do? Brand trust is hard to win and easy to lose, and transparent and easily explainable AI applications are a great start towards building customers’ trust and enhancing the […] 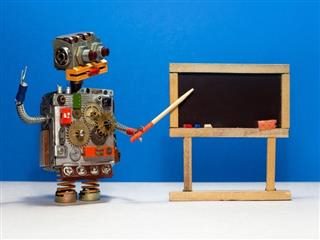