Donald J. Trump joined Yahoo Finance for a wide-ranging conversation covering topics such as the U.S. economy, COVID-19 vaccines, cryptocurrencies, and his thinking on a third run for the presidency in 2024. The full interview will be released on Monday.

Former President Donald Trump told Yahoo Finance that inflation is one of the issues that will help him determine if he will run for the Republican presidential nomination in 2024.

Soaring prices have become a fixture of the pandemic-era recovery, with supply and labor bottlenecks converging with strong global demand to push up inflation.

In an exclusive interview with Yahoo Finance Live on Friday, Trump zeroed in on spiking energy prices, with crude (CL=F) recently flirting with $80 per barrel. On Monday, oil futures spiked to their highest levels since 2014.

“And it’s very scary when you look at gasoline from $1.87 a gallon when I was president, it went from $1.87 and now it’s well over $5 that it’s going to go a lot higher,” the 45th President predicted.

Although gas prices are considerably higher than when Trump left office, recent data shows the price of gasoline lower than he claimed. AAA’s daily gas price monitor shows the average price nationwide for a gallon of gas was $3.19 on October 3, and $4.40 in California — where gas costs more than in any other state.

Still, Trump echoed rising concerns about surging prices. Headline consumer prices are up 5.3% year over year, while supply chain troubles and labor shortages are threatening to push them up even higher.

Core prices have risen at a slightly slower rate — but a 25% year-over-year spike in energy prices is acting as a tax on consumers just ahead of the holiday shopping season. The price of crude oil futures has more than doubled since last year, pushing up prices at the pump.

“It looks to me like inflation is going to ravage our country,” Trump told Yahoo Finance.

The Federal Reserve’s Open Market Committee insists much of the price pressures are temporary, but recently lifted its inflation forecast for 2021 to 4.2%. The central bank attributed the increase to supply chain bottlenecks as the U.S. and global economies recover from the COVID-19 pandemic.

“The combination of strong demand for goods and the bottlenecks has meant that inflation is running well above target,” Fed Chairman Jay Powell recently stated during a panel discussion with other central bank leaders from around the world.

The Biden Administration recently asked OPEC nations like Saudi Arabia to pump more oil to ease inflationary pressure and keep the global economic recovery from stalling out. However, the former president criticized his successor’s energy policies.

“Don’t forget, OPEC already turned down the United States,” Trump said, highlighting gains made toward U.S. energy independence during his time in office. “And now all of a sudden they’re asking OPEC for help,” Trump added.

OPEC ministers will meet this week to discuss pricing and increasing production. They agreed last July to boost production by 400,000 barrels a day through April of next year.

Trump expects the price of crude and gasoline to keep rising, “What it’s going to be at a year from now, I think is going to be much higher than” current levels, he said.

10 things to keep in mind when developing your strategy 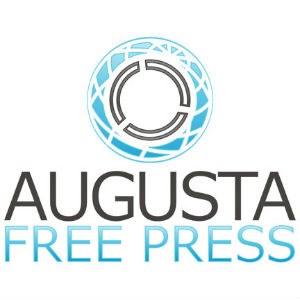