President Recep Tayyip Erdogan announced a 50 per cent rise in the country’s minimum wage in an effort to protect the Turkish people from soaring inflation just hours after the country’s central bank cut interest rates for the fourth consecutive month.

Erdogan, whose ruling party has suffered an erosion of support in the polls amid a sharp slide in the lira and rising living costs, hailed the increase as a “historic” pay boost for the country’s workers, about 40 per cent of whom earn the minimum wage.

“I believe that this increase demonstrates our determination not to let our workers be crushed by price rises,” Turkey’s president said in a televised statement as he announced that the take-home monthly pay would rise from TL2,826 in 2021 to TL4,250 ($274) next year.

The increase, which marks an almost 50 per cent rise in lira terms, represents a 27 per cent decrease in dollar terms compared with the start of this year due to the plunge in the Turkish currency.

The announcement came shortly after the central bank lowered the cost of borrowing to 14 per cent despite inflation that is running at 21 per cent year, according to official statistics.

The country’s deeply negative real interest rates have put huge pressure on the Turkish lira, which is down more than 50 per cent against the dollar since the start of the year.

The lira hit a record low following Thursday’s decision, plunging as much as 5.2 per cent to 15.595 against the US dollar, according to Refinitiv data.

The slide in the currency has caused spiralling inflation in a country that is heavily reliant on imported energy and raw materials.

Analysts warned that the big rise in pay for millions of workers, though necessary to help shelter them from the rising cost of food and other basic goods, would also itself be inflationary.

Erdogan, who rejects the established economic orthodoxy that high interest rates curb inflation, has argued that slashing the cost of borrowing will lead to a surge in exports, investment and employment that will ultimately stabilise the currency and bring down inflation.

But economists have described Erdogan’s determination to fly in the face of warnings about high inflation as a risky and unprecedented economic “experiment”.

They say the president’s plans are likely to result in runaway price rises, further eroding the living standards of a population that is already suffering from rising poverty.

“If it were not for the pain and suffering inflicted on 84m people, this would be a fascinating economics experiment,” said Refet Gurkaynak, a professor of economics at Ankara’s Bilkent University.

“It shows that economists actually have a very good understanding of the fundamentals of monetary policy. We knew this would be the result — and it is.”

Charlie Robertson, chief economist at the investment bank Renaissance Capital, said Erdogan’s approach had no precedent. “I can’t think of another leader who has pushed this weird policy mix before,” he said.

The central bank suggested that Thursday’s cut was the last, saying in a statement accompanying the decision that it had decided to “complete the use of the limited room” that it had to lower borrowing costs.

Piotr Matys, an analyst at InTouch Capital, said the market was unlikely to give much weight to that assertion. “The CBRT doesn’t have sufficient credibility for the market to trust that the easing cycle will be paused,” he said.

Thursday’s rate cut and minimum wage announcement, combined with a report by Bloomberg of a fresh capital injection for the country’s state banks, fuelled growing speculation that Erdogan could seek to bring forward presidential and parliamentary elections that are scheduled for mid-2023.

Tim Ash, an analyst at BlueBay Asset Management, said the president appeared to be preparing to go to the polls in what he called a “boom or bust” strategy.

BOOHOO EXPANDS BUSINESS TO 5 MARKETS IN THE ASIA REGION 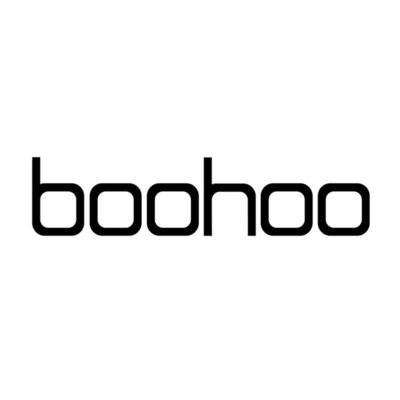