Turkey’s economy powered ahead of most of its peers in Q3, but soaring inflation and a currency crisis could pose a threat to that recovery.

Turkey’s economy zoomed ahead of most peers to expand 7.4% in the third quarter, but soaring inflation and a slump in the lira mean the surge could be short-lived.

Growth during the three months through September matched the median forecast among nine economists surveyed by Bloomberg. The seasonally and working day-adjusted figures showed an expansion of 2.7% in the last quarter from the previous three months, when gross domestic product surged 22% as the economy bounced back from the worst phase of the pandemic.

The lira weakened after the data release, trading 0.5% lower at 12.8884 against the dollar at 11:47 a.m. in Istanbul. The currency has hit a series of record lows in recent weeks as the central bank has embarked on a cycle of interest-rate cuts that have turbo-boosted growth but hit incomes and shaken confidence.

Investors have warned against further easing, arguing that uncontrolled inflation would ultimately act as a brake on growth, and even drag the economy into recession.

“With the current acute lira selloff akin to the 2018 episode which triggered a recession, our expectation is for the growth momentum to markedly weaken in the quarters ahead owing to higher FX volatility and a decline in purchasing power,” Ehsan Khoman, head of emerging market research for Europe, Middle East and Africa at MUFG Bank in Dubai, said after the data.

Khoman said growth would slow from a projected 8.8% for this year to 3.4% in 2022, with the risk firmly on the downside. He predicted that the central bank would push ahead with cuts for now but be forced to increase borrowing costs to 20% next year to stabilize the economy.

Inanc Sozer, an economist at Istanbul-based Virtus Glocal Consulting said the economy could even contract next year if the central bank continues on its current path.

Turkey’s central bank has slashed 4 percentage points off borrowing rates since September, as President Recep Tayyip Erdogan pushes to revive his flagging popularity ahead of 2023 elections by delivering robust growth and more jobs.

Soaring inflation has hit purchasing power, however, which means some of the strongest real GDP growth among Group of 20 nations isn’t translating into better living standards for many households.

While exporters benefit from the weaker lira and property-owners cash in on rising rents and house prices, among the worst hit are working class Turks — Erdogan’s traditional base.

Below are some more highlights from the GDP report released by the state statistics institute in Ankara on Tuesday:

Leading indicators show activity remains strong in the fourth quarter even as the official economic confidence index dropped to 99.3 in November, compared to 101.4 in the previous month.

Central bank Governor Sahap Kavcioglu will chair the next rate-setting meeting on Dec. 16, with Erdogan maintaining his pressure for further rate cuts.

(Recasts with forward-looking guidance from analysts)
–With assistance from Ugur Yilmaz.

Sat Dec 4 , 2021
Cryptocurrency lending platform Celsius has reportedly lost over $50 million in the exploit of decentralized finance (DeFi) protocol BadgerDAO. As reported by Cointelegraph on Thursday, the attack targeted the protocol on the Ethereum network, reaping an unconfirmed $120 million in assets. According to one Redditor, the biggest alleged victim of […] 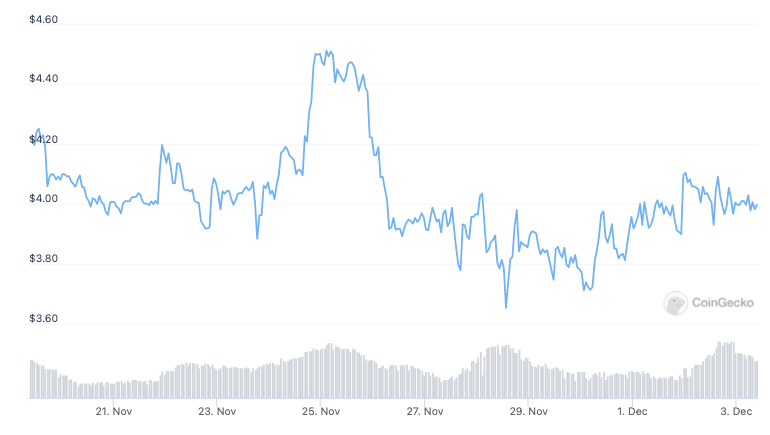