Just a few weeks ago it seemed that the last Chinese parliamentary session of President Xi Jinping’s second term in office would be a congratulatory affair, where his administration could brag about the success of its Covid containment policies while focusing on efforts to shore up an economy hit by its worst property downturn in years.

But the National People’s Congress, which convenes in Beijing on Saturday, will now be overshadowed by the international furore over Xi’s support for Russia’s invasion of Ukraine — and the collapse of his zero Covid policy in Hong Kong.

The mounting controversies suggest that the run-up to a quinquennial Chinese Communist party congress in October or November, at which Xi is expected to begin an unprecedented third term in power, will be rockier than he and his supporters had envisaged.

Russia’s invasion of Ukraine came just three weeks after Xi greeted Vladimir Putin in Beijing on the eve of the Winter Olympics and officially hailed their “no limits” partnership.

Whether Xi knew of Putin’s plans or not, China is increasingly viewed in the west as a willing enabler of Russian adventurism.

“Xi has made arguably the biggest foreign policy blunder of his first two terms in office,” Jude Blanchette, at the Center for Strategic and International Studies in Washington, said of the Chinese president’s decision to form an alliance with Putin. “This is one that he’s going to be cleaning up for much of his third term.”

Most analysts expect that Premier Li Keqiang will reveal an annual economic growth target of 5 to 5.5 per cent when he presents his annual government work report to the NPC, compared with average annual growth of 5.2 per cent during the first two years of the pandemic. The target will probably be achieved through a combination of easing measures to boost the property sector and state-led infrastructure investment.

Over January and February, year-on-year property sales fell by almost one-third in China’s 30 largest real estate markets. On Wednesday, the country’s top banking regulator said that the sector’s downturn had been “a good thing for the financial sector”, but also warned about unintended consequences if it went too far.

“We don’t want the impact on the economy to be too big,” said Guo Shuqing, chair of the China Banking and Insurance Regulatory Commission. “A lot of people borrow to buy properties for investment or speculation. If property prices drop [too much] or other problems emerge, it could turn into a huge financial crisis.”

Credit growth, which slowed from late 2020, has accelerated over recent months after financial regulators said banks, spooked by the collapse in December of Evergrande, one of China’s biggest real estate firms, should support less indebted property developers.

Larry Hu, chief China economist at Macquarie, noted that many cities were beginning to “test the water” by rolling back Beijing-endorsed measures to cool the property sector. “If those cities don’t receive pushback from the central government, other cities will follow suit very quickly,” he said.

Stabilisation of the property sector, combined with increased infrastructure investment and consistently strong export growth, should help the government offset sluggish consumption, which continues to be hit by lockdowns and other strict measures routinely used to contain sporadic Covid outbreaks.

This week, authorities in Shanghai tracked down visitors from Shenzhen, a city in southern Guangdong province that is battling a minor outbreak, and told them that they had to either return home immediately or be isolated. One Beijing-based executive said he was reluctant to take business trips because “every time I travel to another Chinese city, I don’t know if I’ll end up in quarantine”.

The outbreak in Hong Kong, which medical researchers expect to peak during the NPC session, has illustrated the vulnerability of Chinese cities if local officials fail to quickly contain the highly transmissible Omicron variant when it emerges.

According to research at the University of Hong Kong published on Tuesday, about 25 per cent of the territory’s 7.4m people have been infected since the start of the year and confirmed daily infections will reach 182,000 by the middle of March.

Shortly after the NPC session closes on March 10, the Hong Kong government will probably begin enforcing a lockdown to facilitate mass testing of the territory’s entire population. In the effort to bring cases back to zero, tens if not hundreds of thousands of people who test positive will be isolated in centralised quarantine facilities. 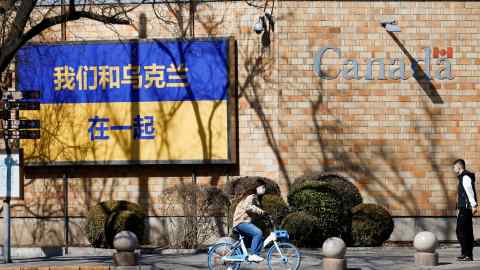 This effort to return Hong Kong to its zero Covid status quo is unprecedented for a big international city. It has already sparked an exodus of residents and foreign nationals from the territory that will accelerate throughout the NPC session.

Allan Zeman, a prominent Hong Kong businessman, said in a recent letter to the territory’s chief executive that there was “widespread panic in the community”.

“I worry that we are doing real damage to [Hong Kong’s] society and economy,” he added. “The international image of Hong Kong is now very damaged . . . A lot of talent has already left.”

Zeman told the Financial Times that his son and grandchildren were among those leaving, but he was staying put. “I’ll be here to put out the lights,” he said.

Mon Mar 7 , 2022
March 5 (Reuters) – U.S. payments firms Visa Inc (V.N) and Mastercard Inc on Saturday said they were suspending operations in Russia over the invasion of Ukraine, and that they would work with clients and partners to cease all transactions there. Within days, all transactions initiated with Visa cards issued […] 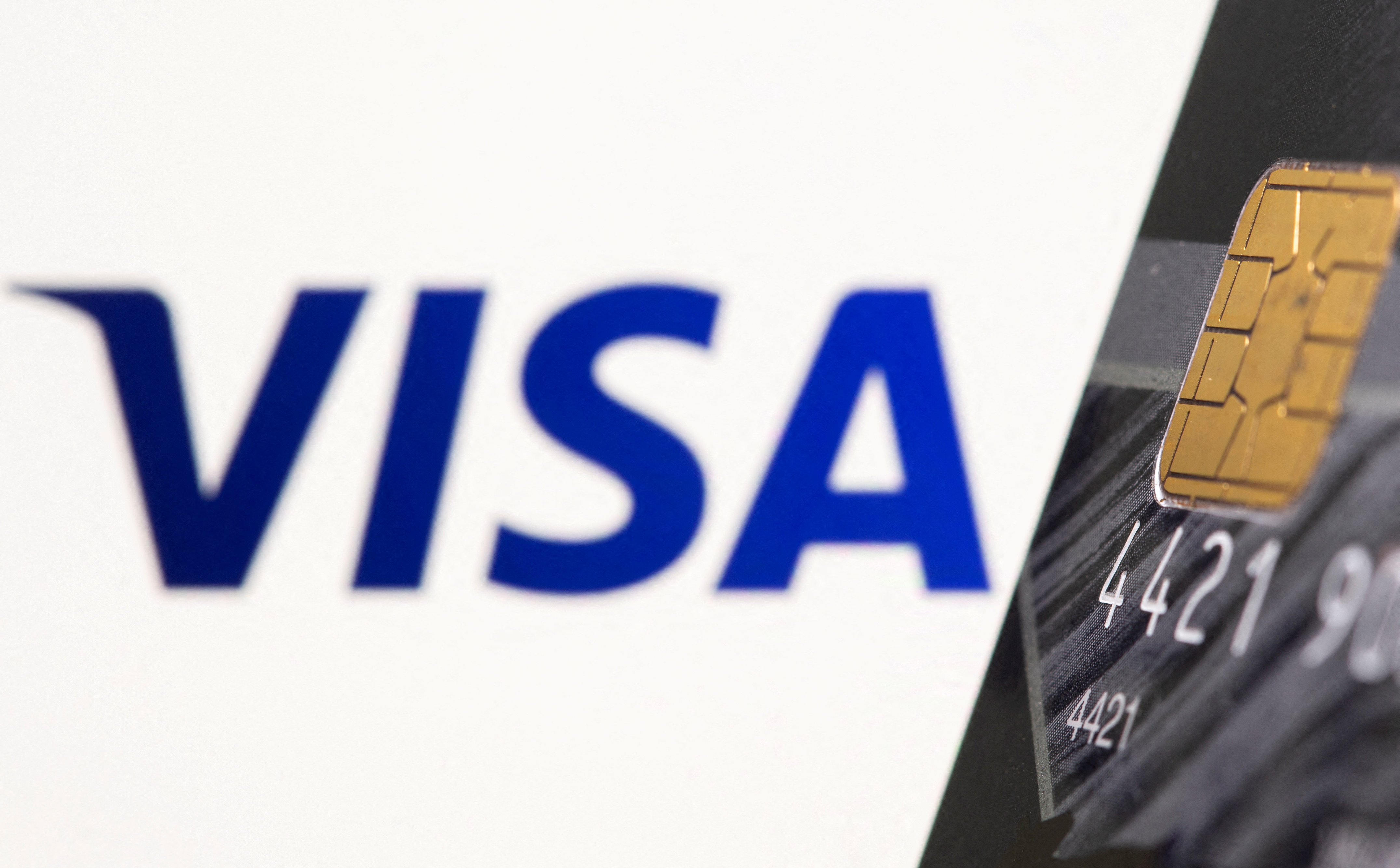