The head of crypto and tokenization at Republic, Andrew Durgee, argues volatility in the industry will continue, in large part fueled by current geopolitical events.

The Virginia Senate unanimously passed a groundbreaking cryptocurrency banking bill this week, which already passed the state’s House of Delegates and which legislators expect Gov. Glenn Youngkin, a Republican, to sign within seven days.

H.B. 263 “permits banks in the Commonwealth to provide virtual currency custody services so long as the bank has adequate protocols in place to effectively manage the associated risks.”

Del. Chris Head, R-Roanoake, the bill’s sponsor and a candidate for state Senate, told Fox News Digital that Texas regulation gave him the idea for the bill.

“By codifying the ability for state-chartered banks to become custodians of cryptocurrency, this will make Virginia the first in the country to provide this ability to banks through legislation,” Head told Fox News Digital. “Functionally, the bill allows state-chartered banks in Virginia to hold the keys to one’s cryptocurrency purse, similar to how individuals use safety deposit boxes at banks. Ultimately, this will put Virginia at a significant advantage regionally and nationwide.”

“Cryptocurrency is something to which everyone should pay attention,” the delegate added. “This is an emerging economic asset that is growing in popularity, and that has significant potential for economic development in areas that embrace it.”

Bitcoin, the largest cryptocurrency, by market value has traded close to the $40,000 level as stocks see volatility tied to Russia’s invasion of Ukraine.

“As a small business owner, I’m always looking for the potential in policies to create opportunities for jobs, business development, and economic success. Cryptocurrency has the potential to do just that,” Head said.

The delegate noted that legislation, rather than regulation, affords a more permanent solution to problems.

“During my nearly 11 years in the House of Delegates, I’ve seen the long-lasting impact that a successful bill has when it comes to putting a policy into state code compared to regulations which can be more easily altered or even reversed completely,” he said.

The House of Delegates unanimously passed the bill, 98-0, on Feb. 2, while the state Senate passed it, 39-0, on Thursday. In the unlikely event that Youngkin vetoes the legislation, the legislature could override it.

Macaulay Porter, a spokeswoman for Youngkin, told Fox News Digital that “the governor will review the legislation when it comes to his desk.” 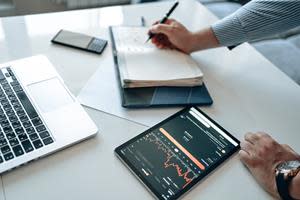