Crypto financial services firm Blockchain.com is no stranger to blockchain technology and its growing demand, but one of its newest board members, Tom Horton, who is also Walmart’s lead independent director, told Blockworks he sees this as just the beginning.

“Major institutions and traditional banks are also engaging with crypto,” Horton said. “But it’s clear this is a powerful and constructive technology with enormous growth potential over the next few years and beyond.”

As the regulatory landscape around the industry continues to evolve, so are new use cases from NFTs to gaming and sports to supply chain, Horton said. “Consumer interest is strong and that helps drive new vectors of innovation and adoption,” he said.

The energy within this space will create ripple effects through every industry, beyond the obvious ones of banking, fintech and e-commerce, he said.

“The more I learn, I see blockchain technologies as another great enabler, much like the internet was in its early days,” Horton said. “The enthusiasm and pace of innovation in this new ecosystem is astonishing, which, at its core, strikes me as being about freedom and removing friction.”

While this is his first venture into the blockchain realm, it’s not his first involvement with a fast-growing company, he said.

In addition to his role at Walmart and Blockchain.com, he is a partner at investment fund Global Infrastructure Partners and at General Electric. He was formerly lead director of tech firm Qualcomm and chairman and CEO of American Airlines.

“All of this is relevant to work I do with other boards and to infrastructure investing,” Horton said. “It’s important to have an understanding of how [this technology] works and its impact on global commerce.”

“I’m fascinated by blockchain technology and its growing array of use cases,” Horton said. “A gigantic shift is underway in digital currencies and financial services, and the applications extend beyond the financial sphere.”

A Walmart spokesperson declined to comment further on the patent filings or crypto when contacted by Blockworks on Wednesday.

Horton didn’t elaborate on the filings or whether the retail giant plans to integrate any blockchain or crypto-related products or services into its 10,500 stores this year. However, he said, “every large enterprise, retail and otherwise, must be sharp on this emerging ecosystem and the opportunities it represents to better serve customers.”

“There is a huge shift underway and I’m excited to be part of it with the best people in the space,” he shared.

Sat Feb 19 , 2022
Stock Market Futures Soar Following News Of Russia Pulling Back Troops From Ukrainian Border U.S. stock futures are well in the green in early morning trading today. This follows the latest developments regarding geopolitical issues between Russia and Ukraine. In brief, the Russian Defense Ministry revealed that it is now […] 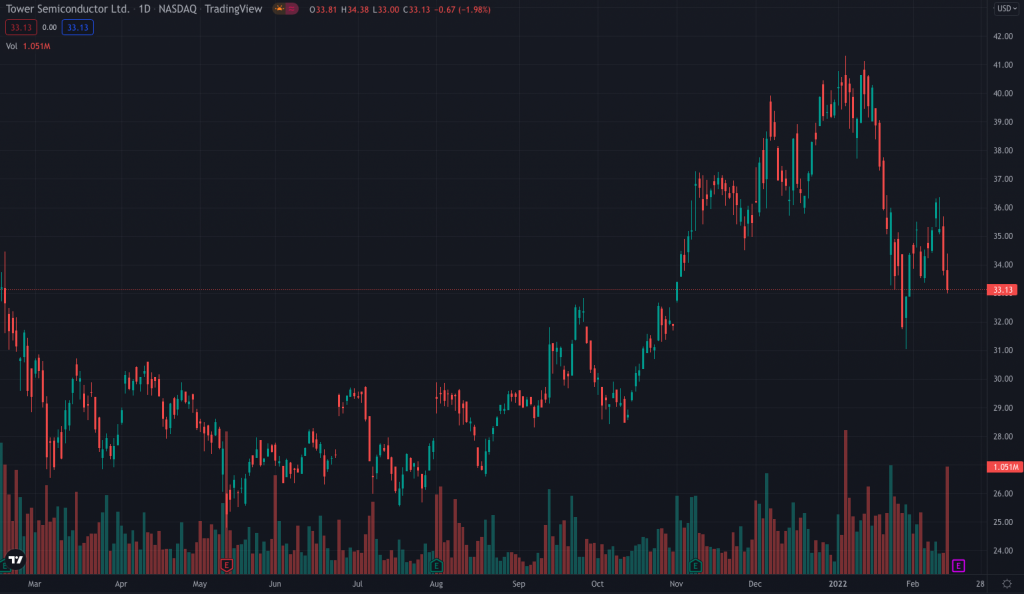