This February, 376 business school students from around the world competed in Yale’s Stock Trading Competition, which hosted its final round on Wednesday.

This month, the Yale School of Management held its second annual Yale Stock Trading Competition, connecting students from business schools around the world to compete in building stock portfolios in a virtual market.

The competition centers on SOM finance professor Roger Ibbotson’s stock trading game. Ibbotson developed the game in the 1970s to teach his students the basics of trading in a 30-minute game round.This February, 376 students from 12 business schools participated in a school-specific practice game, and 151 advanced to participate in first round games organized by region on Feb. 2. Those who succeeded in the regional round — 51 students in total — participated in a final round on Feb. 16.

“There isn’t a single type of player who succeeds at this game,” SOM Multimedia Producer Gregory MacDonald, who handled the technical side of the competition, wrote in an email. “We have tracked performance among students and alumni by gender, degree program, and finance experience and have consistently found roughly equal numbers of players who either performed above or below the market across the various groups.”

Ibbotson echoed that individuals from finance backgrounds do not necessarily do better, but tend to trade more, which can either boost or hurt their performance.

For Cho though, trading often and taking more risks proved a successful strategy.

“My personal mantra with investment is ‘Accept risk whenever possible’,” Cho wrote in an email. “Most investors try to avoid risk, but oftentimes it may not be a bad idea if you can calculate those risks and be bold enough to take them.”

Cho came into the competition with previous trading experience, having worked at NH Investment and Securities for four years. But he echoed Ibbotson and MacDonald’s sentiment and said that he did not feel like his previous experience affected his performance in the game.

Caitlin Donovan, assistant director for global initiatives at SOM, said she has found the game accessible to her as a beginner investor.

Ibbotson said that in general, he has some qualms about the competition needing to have a winner. There were some changes this year to create a more equitable experience for participants — the final round was decided based on the top five students from each school, rather than last year’s method of allowing the top 20 percent of players across the board to move on. This was meant to allow all schools equal opportunities to compete. But even then, Ibbotson said, he did not necessarily feel like the competition needed to have a victor at the end.

“The best way to be a stock market investor is not by being the best, but by beating the market,” Ibbotson said.

But some feel that the competition-like format is still impactful.

Donovan said the competition provided a friendly platform for students across The Global Network for Advanced Management — a coalition of 32 global business schools, which includes the 12 schools who ultimately participated in the competition — to connect with each other and practice their trading skills.

“My experience with the … competition was one of a kind,” Cho wrote. “It encompassed all mechanics of the capital markets and stock trading, starting with public information to intrinsic value. I believe that’s what makes this competition so special.”

Donovan said she hopes to grow student participation in the competition in future years, and particularly aimed for more Global Network schools to participate.

As of now, MacDonald said there are no formal plans to open the tournament up to schools outside of the Global Network. However, schools can purchase the game through the Yale Management Media online store at a discount.

“Last spring, close to a hundred students at Tulane University’s Freeman School of Business played the game and the professor was very pleased with the outcome,” MacDonald wrote in an email.

MacDonald added there was a mini tournament for SOM alumni last year. In the future, he said he hopes to create a Yale-specific league of games, tentatively called the Premier League of Traders.

The Global Network for Advanced Management was initially launched in 2012 by 21 schools, but has since grown to include 32 business schools around the world.

Tue Feb 22 , 2022
Novavax said its protein-based Covid-19 vaccine will be a strong competitor to the BioNTech/Pfizer and Moderna jabs despite its late arrival because of public concerns over the safety of its rivals’ messenger RNA technology. But the US biotech, which began shipping its vaccine to Europe and Asia in January following […] 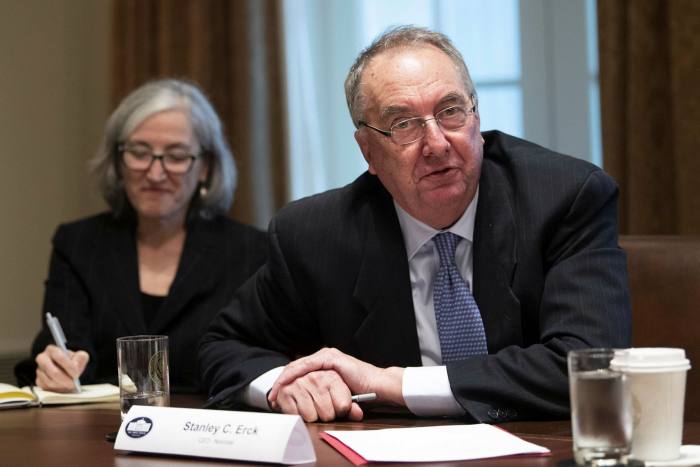